The Taj Mahal is closed on Fridays and we were originally advised that Sunday would be quieter than Saturday so planned to visit Agra Fort first. However, on the day, Amit, our guide, suggested that it might be better to visit the Taj Mahal and then Agra Fort on the same day as the weather was good and, like England, it can be unpredictable.

There are two different entrance fees for tourists and locals as well as different queues for male and female for each type of ticket. Every visitor has to go through a security scanner and then entry to the main complex is via the North Gate, which is made of traditional red sandstone.

Taj Mahal means “Crown of the Palaces” and it was commissioned in 1632 by Shah Jahan to house the tomb of his favourite, and third wife, Mumtaz Mahal, who had died the previous year while giving birth to their 14th child. It is said that over 1,000 elephants and 20,000 craftsmen were needed to move heavy materials and complete the building work.

Widely regarded as being one of the most beautiful and romantic buildings in the world, the majority of photographs focus on the central, white mausoleum. This is in fact part of a 42 acre complex which includes a mosque and a guest house within formal gardens which are bordered on three sides by a crenellated wall and on the fourth by the Yamuna River. Outside the complex are the two symmetrical mausoleums for the first two, less-favoured wives.

As you walk through the North Gate the beautiful vista, so familiar to us all through photographs, is revealed.

The 140 foot tall minarets at the four corners were built at 3 degrees off vertical so that they lean away from the mausoleum and will fall outwards should an earthquake or structural defect strike. Apparently the minarets are now closed to the public following a number of suicides by “star-crossed lovers”.

Our guide, Amit, was insistent on posing us for photographs at points when he felt the backdrop was particularly photogenic. You may recognise that this is not a usual pose for Robert to adopt.

Precise symmetry is a vital element in the design of the Taj Mahal. For this reason, the guest house [below] in the complex is the mirror image of the mosque [above] but cannot be used for worship as it does not face Mecca.

Apparently when the Taj Mahal was originally built, the dome and the spire on the top were covered with gold but the British removed this to put it to a different use. The spire was replaced with bronze. The building is also camouflaged during times of war to protect it from twentieth century airborne attack. There are hooks all over the dome so that a black covering can be attached and it has subsequently been found it would cause more damage to remove the hooks than to leave them in place.

From the Taj Mahal we went to Agra Fort, an extensive sandstone fortification, built originally by Emperor Akbar between 1565 and 1573.

When it was built it included both a dry and a wet moat filled with water from the River Yamuna, as well as a drawbridge and an approach down which the defenders inside could roll large heavy boulders, Indiana Jones’ style, to repel invaders. The wet moat had animals such as crocodiles, while the dry moat had tigers.

. . . as well as two pavilions for the princesses Jahanara and Roshanara.

It is said that Shah Jahan planned to build a black marble version of the Taj Mahal on the opposite bank of the river to serve as his own mausoleum. In an age-old tradition his son, Aurangzeb, resented his father spending so much money and to seize power, and control of the cash, for himself after defeating his two older brothers he imprisoned his father in Agra Fort.  According to Amit, Shah Jahan would have been cast into a dungeon but he requested ‘house arrest’ with a view of the Taj Mahal.

Indeed the one exception to the complete symmetry of the Taj Mahal is Shah Jahan’s own sarcophagus which was placed to the west of his wife’s which lies on the central line.

Monday 1st April 2019 Having climbed to these Himalayan heights there is always the journey back down and, as a mark of […] 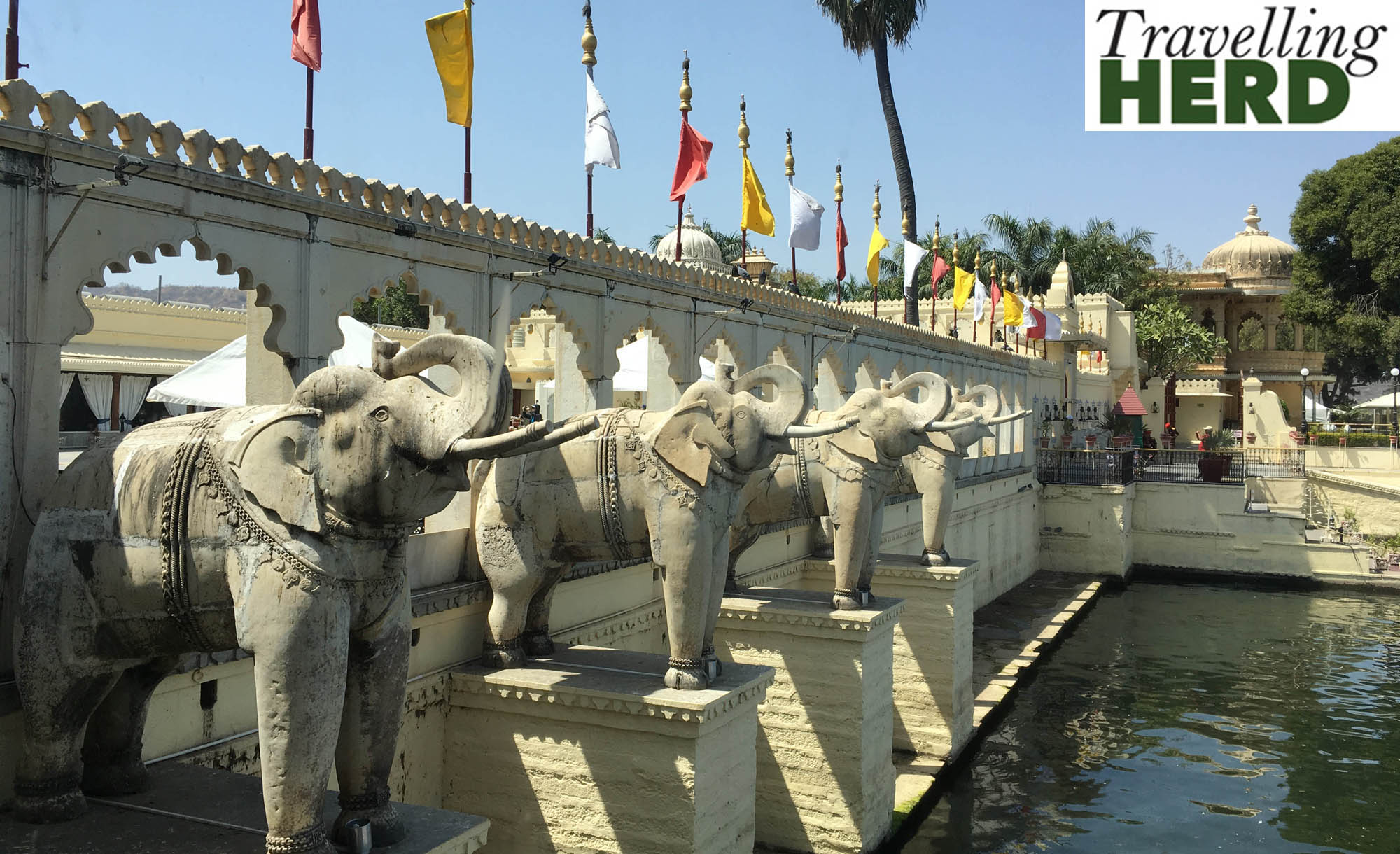 Tuesday 19th March 2019 Udaipur, a city with four man-made lakes, seems to be a popular resort with Indians as well as […]

2 thoughts on “A visit to the Taj Mahal”