Wednesday 4th December to Thursday 5th December 2019 It was a pleasure to be returning to the beautiful city of Bath and we were blessed both by good company and sunshine. Having pre-booked timed entry tickets to the Roman Baths for the following day we strolled around and were pleased to see that a local restaurant was promoting us. We visited Bath Abbey where . . . . . . a major refurbishment project is underway to repair the floor which is collapsing. Outside, the Bath Christmas Market takes over much of the city centre and roads are closed to traffic. It offers all the usual stalls, but mid-week, away from the week-end crowds, and in such a beautiful setting it was one of the most pleasant such markets we have visited. We walked up to the Royal Crescent as the sun was sinking in the sky. We then tried some restorative mulled cider in the “Apres-Ski Bar”. After some Christmas shopping, more refreshment was required and, naturally, Robert could not resist a beer named Stouty McStout Face. The next day we returned to visit the Roman Baths, walking through the Christmas Market . . . . . . .and […] 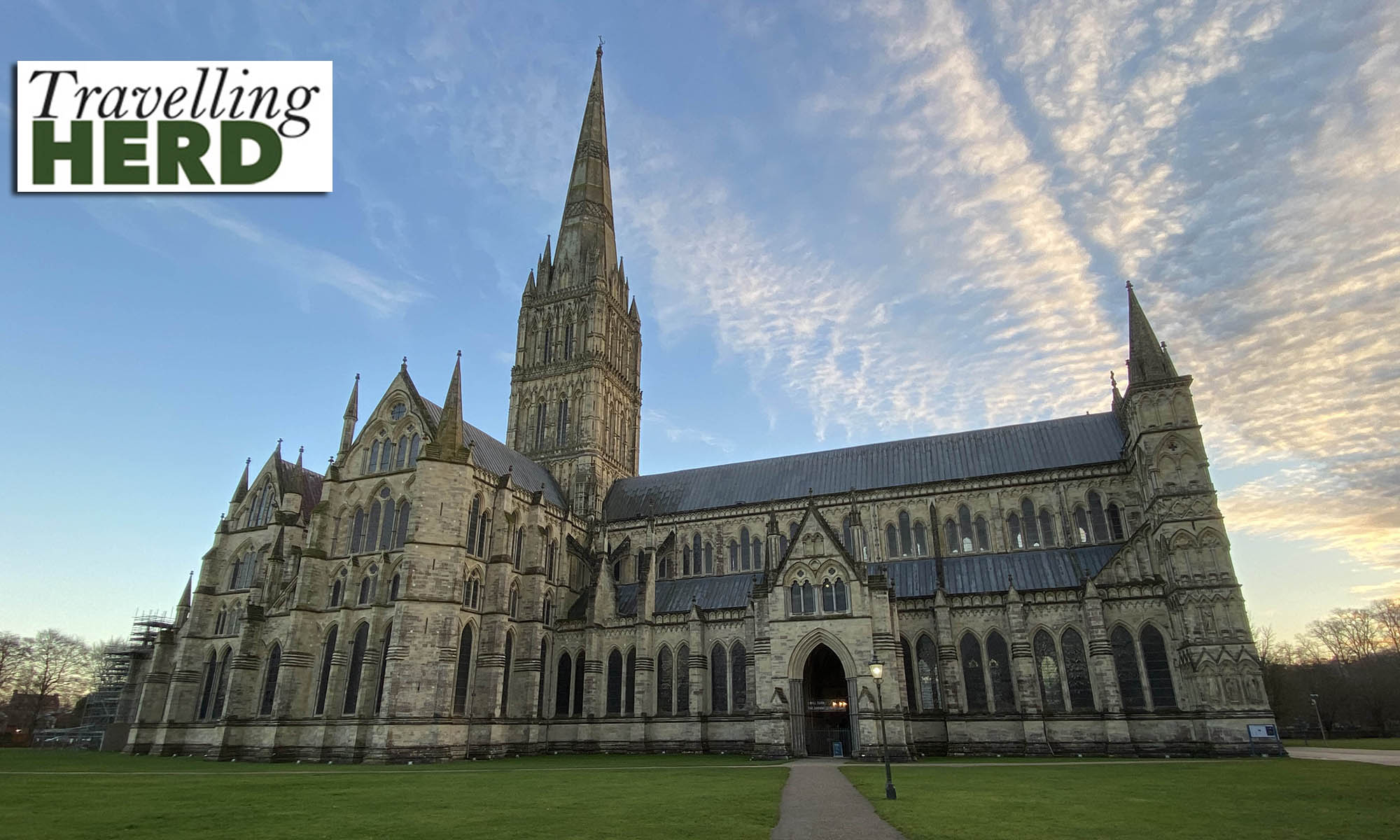 Monday 2nd December to Tuesday 3rd December 2019 Having planned to meet friends in Bath to enjoy the famous Christmas market there we decided to break the journey and found a place to stay near the ancient site of Old Sarum. From here we walked into Salisbury and visited the Cathedral. The original building was constructed between 1075 and 1092 but just five days after the consecration ceremony it was damaged in a storm and needed repairs: we felt that some people might have taken this as a sign of divine displeasure. In about 1120 to 1130 the cathedral was rebuilt on a much grander scale, although some of these buildings have since been demolished. Today there is a peaceful cloister which is said to be the largest of any cathedral in Britain. In the Chapter House off the cloisters you can see the best preserved one of just four remaining original copies of the Magna Carta, dating from June 1215. This document covers such varied topics as the standardisation of weights and measures and the rights of the Church as well as the importance of legal due process and, crucially, the principle that no one, not even the king, […]