Today we travel from Rabat to Tanger and move from predominantly French influences to a previously held Spanish territory.

As we left Rabat we said farewell to the performance hall/opera house which was being built on the river bank opposite our hotel. An amazing construction [see feature photo at the top of the blog], this manages to combine elements of Concorde with the organic majesty of a whale. It is streamlined and beautiful.

We have been impressed throughout out trip to Morocco with the huge infrastructure developments that are underway. There is building work everywhere and the completed buildings are impressive and modern with a Moroccan style.

The most notable developments that we have noticed have been the railway stations: Marrakech, Casa Voyageurs and Rabat.

At all of them ONCF, the Moroccan railway company, has left the original French railway building and attached to it a modern, functional and spacious railway station.

As in much of the rest of Rabat, there are building works going on at the station at Rabat Ville. It looks as though the tramline will eventually come undercover into the station and the exterior is already taking shape.

In 2018, after 10 years of planning, King Mohammed VI opened the new high speed Al-boraq line from Casablanca to Tanger. Al-boraq is the name of the mythical creature that transported the prophet Muhammad from Mecca to Jerusalem overnight.

Our journey started at Rabat Ville Station in the centre of Rabat, which the Al-boraq service travels through without stopping. This meant we had to catch a local train, albeit an ex-French SNCF 1970’s double-decker. The upstairs, first class carriage was empty.

We had to change trains at the impressive new ONCF railway station at Kenitra.

From Kenitra to Tanger the Al-boraq trains travel at 200mph along the specially built track. The plan is that these high speed trains will run throughout Morocco, and the upgrade of the lines to accommodate this is underway.

According to reports coming out of Morocco, the first twelve months of this new service is already profitable for ONCF. A good sign as a healthy railway leads to a healthy commercial backbone for a country. China and India are heavily investing in high-speed railways for the same reason.

We sat down at our reserved seats in first class downstairs. All seats were fully booked. Unfortunately, you couldn’t see out of the window as they were all obscured by sand and dirt swept up from the track. Robert went for a bit of a walk and discovered that upstairs was empty and the windows were clean. It would appear that the ONCF book out seats from the bottom up, filling downstairs first. Since there were no stops between Kenitra and Tanger we moved upstairs as we knew the seats were not all reserved.

When we left the huge station at Tanger Ville we had only a four minute walk to our hotel which offered views of the station from our room . . .

and views of the sea from the bar on the fifteenth floor [see Selfie of the Day below].

Ironically, as our next trip will be by ferry to Gibraltar, we do not need to be this close to the main train station. Equally ironically, in contrast to some of the hotels we have stayed in, in the past, to be close to the train station which were not all in the most salubrious of areas, here, with a direct view of the Gare Du Tanger, we are in luxurious surroundings faced with evidence of the investment in the rail infrastructure. 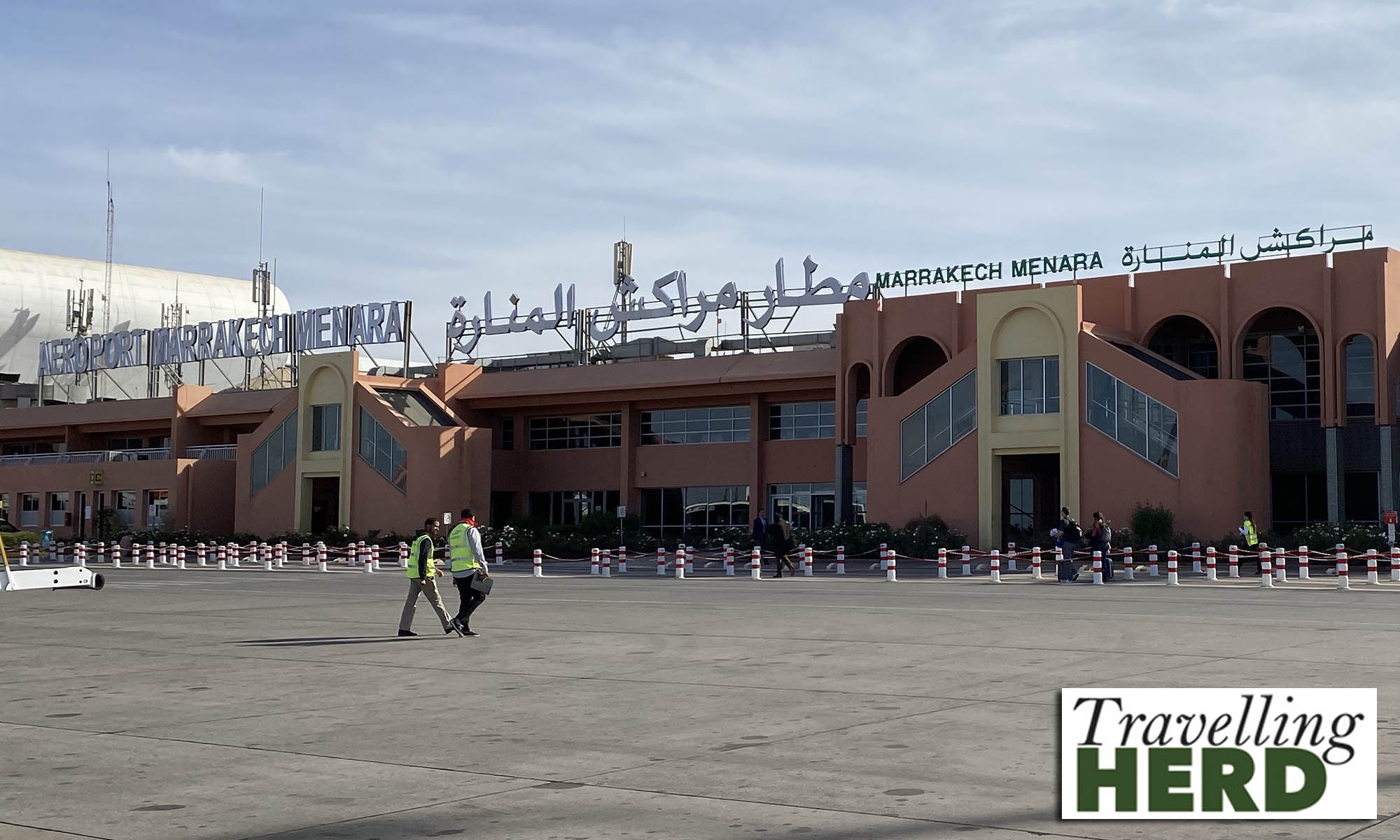