We had a leisurely start to the day then set off to walk the walls and the coastline. Our first landmark was the old lighthouse, which became visible through the Bab Laalou [below left] entrance to the Cimitiére Chouhada.

The day was rather overcast and the Atlantic Ocean was demonstrating the impressive force of nature as it . . . .

. . . crashed onto the shore by the lighthouse.

As we walked on past the lighthouse and past the Plage de Rabat it was clear that work was well underway to make this area a seaside destination for tourists. The beaches need to be kept clean, but a promontory was being built out into the sea and the facilities and infrastructure were being improved.

It was also clear that the man-made breakwaters were very effective: once round the headland and into the estuary, the waters were almost still.

You can climb up to the battlements of the Kasbah where there are panoramic views across the mouth of the river and out towards the breakwaters.

Our route back towards the town took us past one of the ancient, ornately-carved entrances to the Kasbah.

From here it was a short walk down to the Andalusian Gardens, laid out by the French during the colonial period, where more restoration work is underway.

The narrow lanes in the Kasbah were predominantly painted blue and were reminiscent of the Greek island of Santorini.

Through a gateway in the gardens you can walk through to a succession of terraces overlooking the estuary where you can indulge in a glass of the ubiquitous sweet Moroccan mint tea . . .

. . . with views back towards the fortifications.

The gardens themselves are planted with fruit tress and bougainvillea and are a sheltered sanctuary which would protect visitors either from the sun or the wind. There were the ubiquitous cats, with food provided here, and we noticed one visitor sitting on a bench who had a feline friend curled up on her lap. Sanctuary indeed.

On our way out we passed yet more restoration work on the Kasbah walls.

The Kasbah is already an impressive historical monument but once all the works are completed this will be worth a return visit.

Robert is the sort of Englishman that local pubs were intended for and, unsurprisingly when on holiday he likes to return to a bar which has provided him with good service and a pleasurable evening. So, equally unsurprisingly, we found ourselves once more back at Le Dhow.

The staff here were welcoming and helpful and we would have stayed for a meal but they seemed to be preparing for Thursday night’s entertainment and the repeated testing of the disco was less than restful. Nevertheless, this is a great bar in a picturesque location and we thoroughly recommend it.

Rabat, despite being the capital city, seems to be somewhat neglected by tourists but it is a city laid out by the French during the colonial period and very well worth visiting. 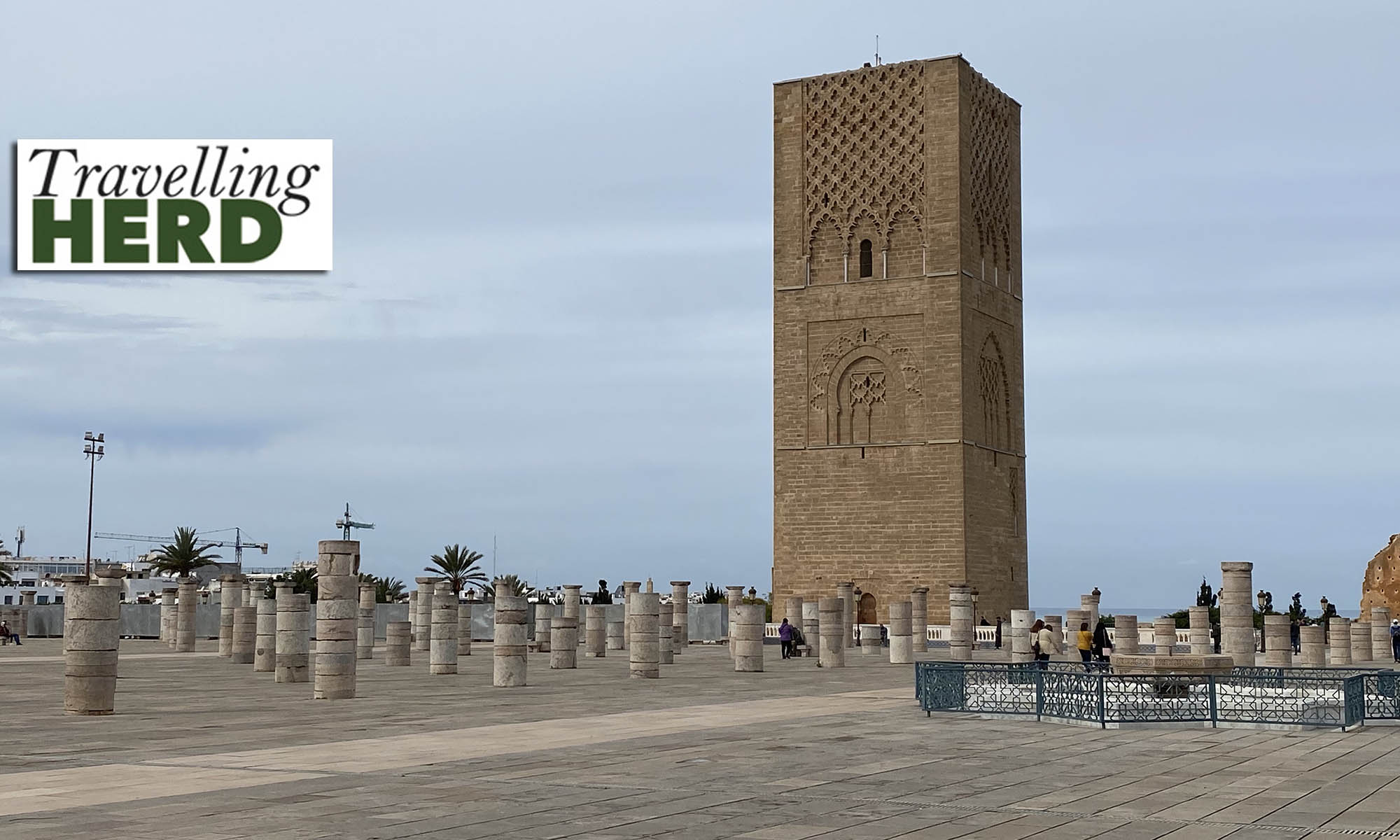 One thought on “Rock[s and] the Kasbah, Rabat”