From Sassari we travelled south by train almost the length of Sardinia to its capital city, Cagliari. Even though we have had to use buses for some of our trip, Robert was pleased to be greeted at the station by the sight of a stream train.

We found our hotel was closer to the airport than the centre and there are many hills and steep gradients in the city, but having taken a taxi to the hotel we found that, happily, they are not outrageously expensive. The hotel provided us with a map which included a walking route past many of the major sights.

Despite the cloud cover it was still oppressively hot and we decided to take a taxi to the centre to get our bearings and after a stroll around, we found the Antico Caffe, with a fine view of the Bastione San Remy and tasty snacks to accompany our chilled beer. Whilst there, we experienced a little light rainfall.

On Wednesday, having seen the topography of the city and the number of steps and steep streets as well as noting that three lifts had been installed around the Bastione San Remy, we had the happy idea of taking a taxi to the Roman amphitheatre, on one of the higher levels, and walking down into the town.

Much of this amphitheatre – the seating, arena, cages and access corridors were cut out of the limestone. It could accommodate 10,000 spectators, compared to the 50,000 and 80,000 capacity at the Coliseum in Rome. Now the amphitheatre offers visitors a view over the town, but it is easy to imagine that in Roman times, the vista towards the coast from this vantage point was unimpeded.

Our route took us on to Piazza Arsenale with the entrance to the Museum Citadel one one side . . .

. . . and the Torre Di San Pancrazio on another. The Torre was built by the architect Giovanni Capula in 1305 as part of the fortifications against the threat of Aragonese invasion: the walls are up to three meters thick in places and the whole structure looks very solid. However, walking through into the Piazza Indipendenza we came across the unexpected sight of the exposed internal structure of the tower [below right].

We walked on into the Piazza Palazzo site of the Palazzo Reale e Viceregal, previously the residence of the Viceroy of Spain which now houses the Prefecture and Provincial Councils. The photos on display outside show the interiors to be sumptuous, grand and ornate but unfortunately the ticket office was firmly closed and we could not, sadly, go on a tour of the interior on this occasion.

At the lower end of this Piazza, stands the Cattedrale di Santa Maria, the oldest parts of which date from the second half of the thirteenth century. The inside combines ornate chapels and multi coloured marble with a light and airy transept illuminated by a lantern in the dome.

We strolled on past grand squares . . .

. . . along streets offering views across the city to the sea, including the unusual green-roofs of the Chiesa Di Sant’Anna.

The Basilica di Santa Croce was originally a synagogue before it became a church and it is situated in a small square, surrounded by the houses of the former Jewish Quarter. Reopened in 2007 after decades of restoration, it has a barrel-vaulted ceiling with three barrel-vaulted chapels on either side.

Our walk took us on to the Torre dell’Elefante, built by Giovanni Capula two years after he built the Torres Di San Pancrazio. Initially used as a look-out station it was later used as both a prison and a torture hall.

We reached the Terazza Umberto I . . .

. . . and across the city. This is said to be the best vantage point in the whole of Cagliari.

Having walked in the heat for over two hours, we stopped to rehydrate. Unfortunately we fell foul of siesta time again as by the time we set off, watered and rested, to the Chiesa di Sant’Anna, it was closed.

We did however go into this beautiful church – the Chiesa Madonna della Pietà as we were passing. There are many such unsung treasures to be found. 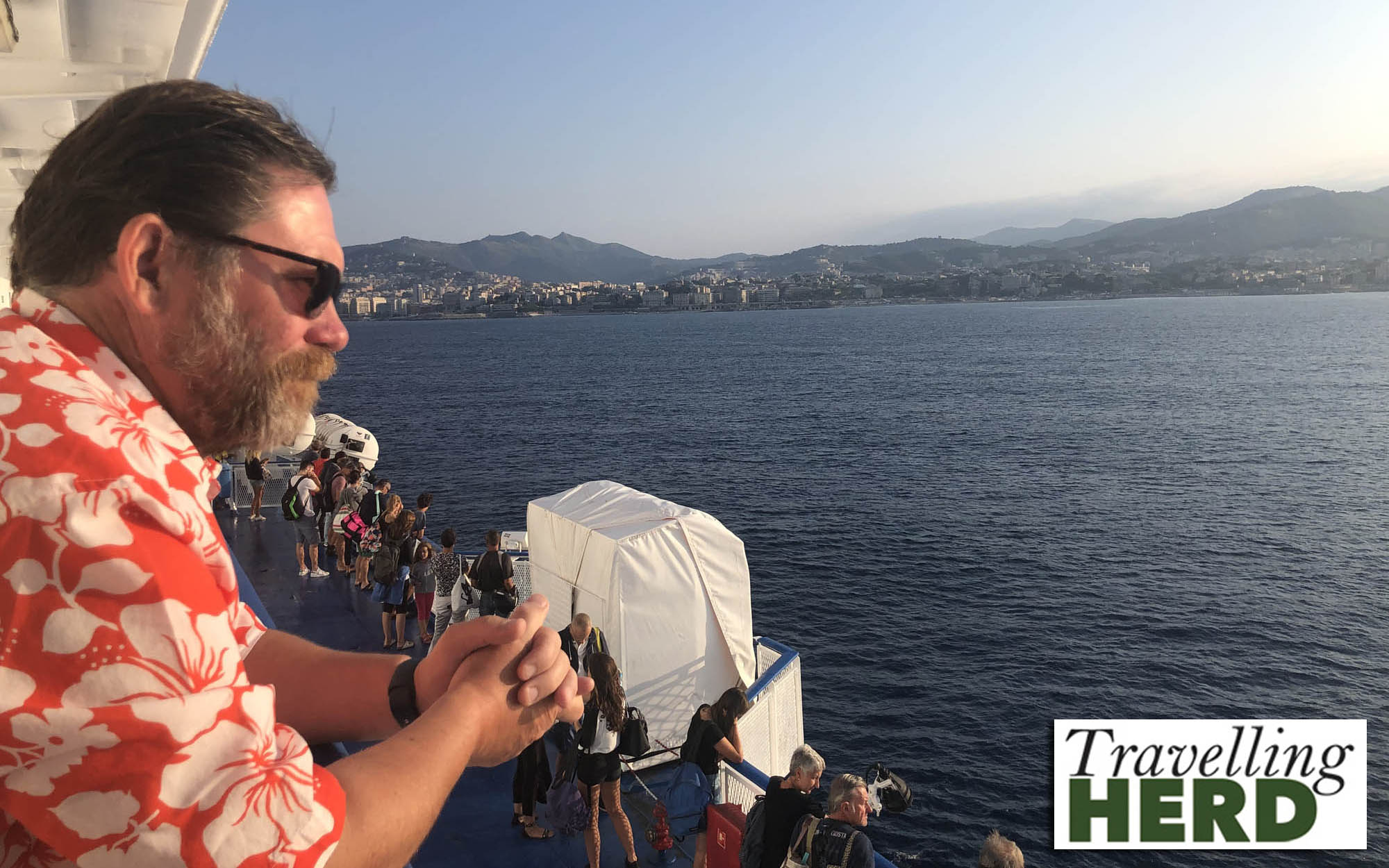 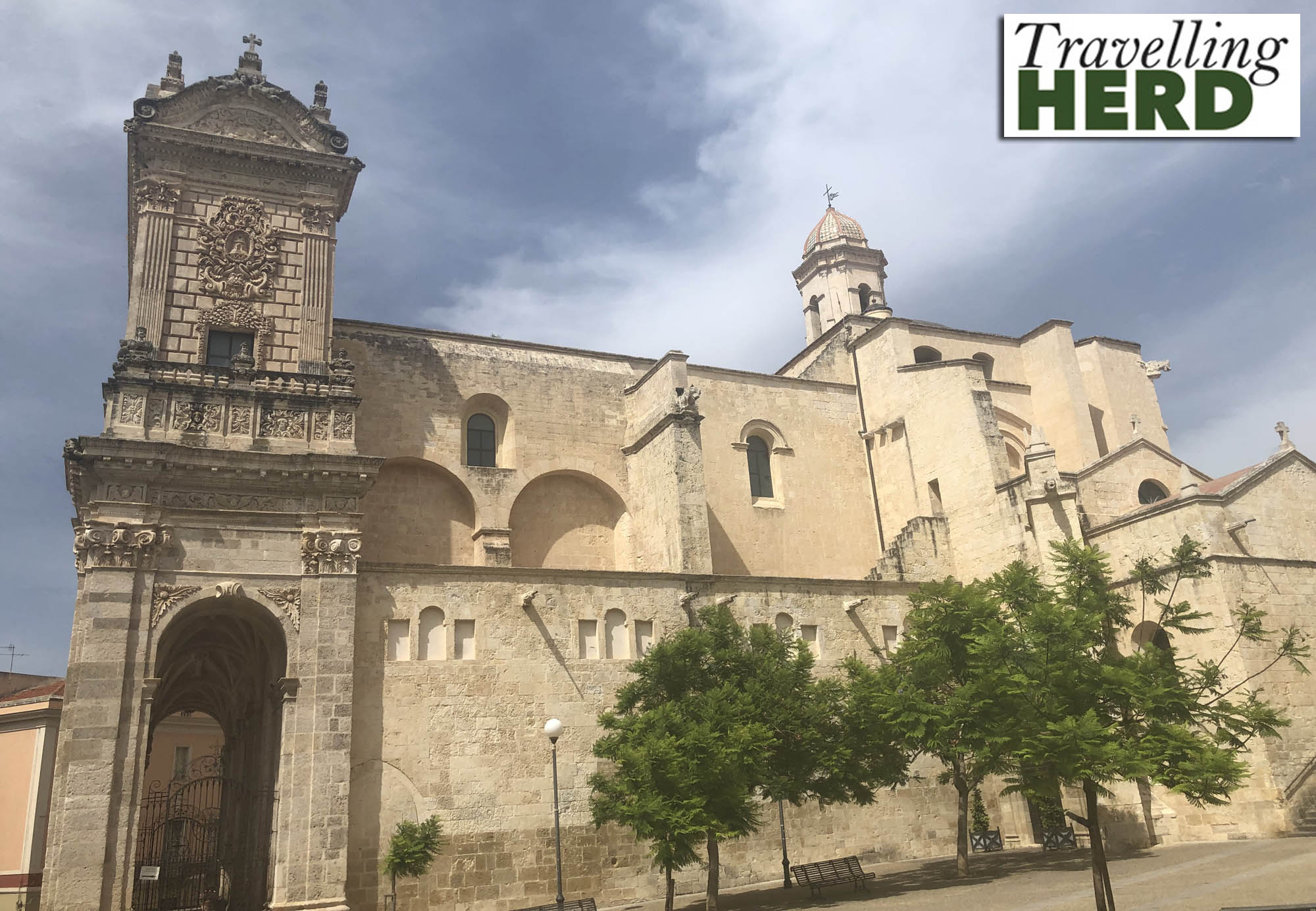 Monday 8th July 2019 The day started with what should have been a train journey from Alghero to Sassari, but no, we […]