Matilda had read in the guide book about Filitosa: the most famous prehistoric site on Corsica with Neolithic anthropomorphic menhirs situated about 50 km/30miles from Ajaccio. She felt that this would make a change from citadels and it would be worth a visit to see these megalithic stones carved with ancient faces and weapons. However, after making several enquiries it became apparent that the site is best accessed by road so she has promised herself a return visit to this beautiful island in Alan the motorhome to see some of the places not readily served by public transport.

Our walk through Ajaccio took us through the market in Piazza Foch, which smelt strongly of cheese and was selling all manner of Corsican produce and foodstuffs.

We walked on past the harbour and the citadel, which is not open to the public as it remains under military command and where there were donkeys grazing in the old moat.

Place d’Austerlitz, formerly and locally known as the Place du Casone, features a statue of Napoléon at the top of a stone pyramid flanked by two flights of steps and triumphant eagles to left and right.

The statue is a copy of the one on the column in the Place Vendôme in Paris. The monument was inaugurated in 1938 and the Corsicans apparently celebrated for four days to coincide with the anniversary of Napoléon’s birth, here in Ajaccio on August 15. The square itself has trees along at least one edge but the central walk up to the monument is pale compressed gravel which is uncompromising in bright sunlight and did not encourage us to linger although there is a cafe and a few shops near the entrance to the square which might have provided some respite.

We also visited the cathedral but it was too dark inside to take photographs.

From here we walked through the Place de General de Gaulle . . .

. . . past another statue of Napoléon with the obligatory seagull on his head. . . .

. . . and towards the house [now Maison Bonaparte Museum] where Napoleon was born on August 15, 1789, the same year that the Republic of Genoa [an Italian commune at the time] transferred Corsica to France.

We decided not to go in on the grounds that the English can only take so much Napoléon memorabilia in one day and we were still feeling a little sensitive about the loss of Nelson’s right eye in Calvi. In addition, Matilda had earmarked the Hôtel de Ville and the Salon Napoléonien as a priority. The Napoléon museum on the first floor of the Hôtel de Ville reportedly also has a very impressive crystal chandelier.

Temperatures continued to rise and we decided to take a siesta and relax in the jacuzzi and pool back at our hotel before setting out again for more culture in what, we hoped, would be cooler afternoon temperatures.

It was only later we realised our mistake. On arriving at the Hôtel de Ville we were informed it had closed for the day. So although a flight of impressive stairs led upwards, we were not allowed to ascend to view the chandelier.

In an unexpected development as we passed through Piazza Foch, said to be the heart of the city . . .

. . . and after the market had closed, a re-enactment of an historic event was underway in period costume (it was the 4th July, so Robert assumed it had something to do with the French encouraging the Americans to leave the British Empire [without a deal]).

After some liquid refreshment – the barman at the bar La Balagne was both charming and helpful – we ate overlooking the harbour and the langoustine were delicious [see Dish of the day below]. 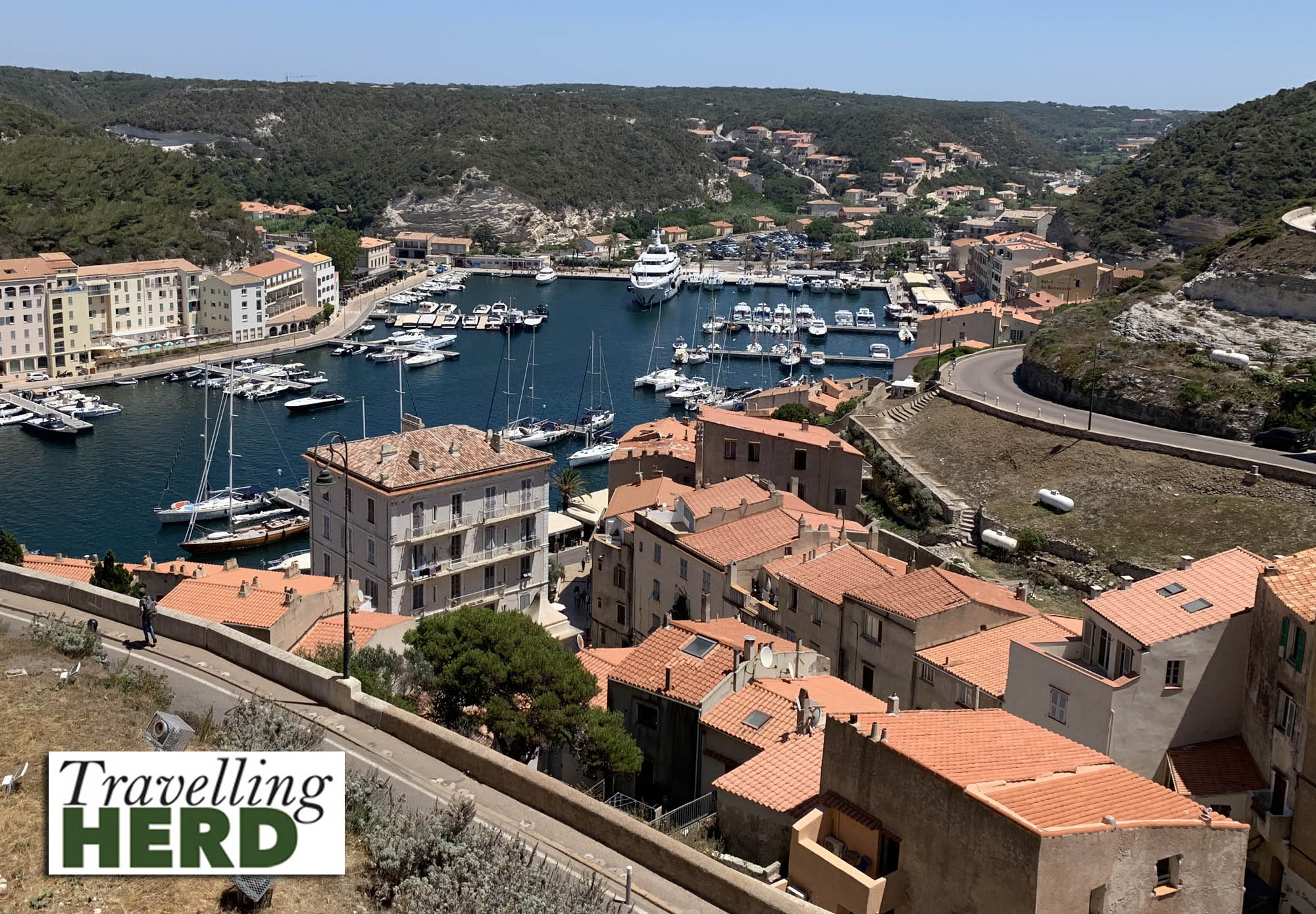 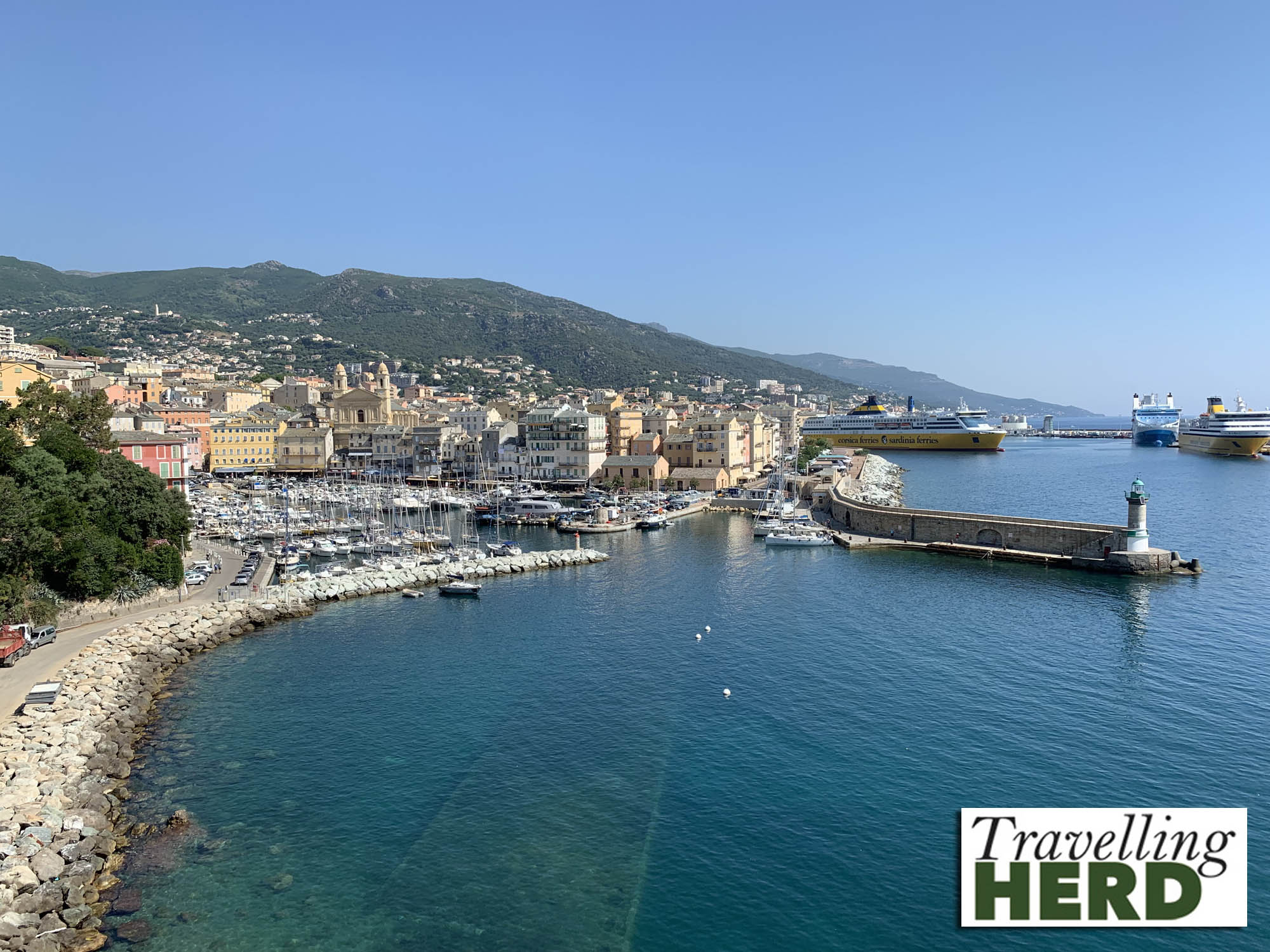