Matilda has spent the week prior to this long-awaited trip checking the Aurora Borealis [Northern Lights] forecast regularly on the Icelandic meteorological office website and is resigned to the fact that, due to the weather forecast which is predominantly cloud and rain, the Northern Lights are unlikely to be visible at all during our stay.

Despite such a severe disappointment, we are all being very pragmatic and philosophical as Iceland still has so much to offer.

There are relatively few daylight hours at this time of year and so we decided to make the most of them after checking in to our hotel by walking round Reykjavík to the Hallgrimskirkja.

The Hallgrimskirkja is the largest church in Iceland at 74.5 metres high and its distinctive tower is one of the dominant landmarks of Reykjavík. It was designed by the architect Guojon Samuelsson in 1937 who took local geology and the basalt columns formed as the lava cooled at the Svartifoss waterfall as his inspiration. Sadly we will not see the Svartifoss waterfall on this visit but it is on the list for next time. Work began on the Hallgrimskirkja in 1945 and the nave was consecrated in 1986.

The pipe organ alone is 15 metres tall, weighs 25 tons and dominates the interior which is quite Spartan.

On then to the Harpa Concert Hall and the Old Harbour, taking in the Solfar (Sun Voyager) sculpture on the way…

The City Hall overlooks Reykjavík’s city pond, Reykjavikurtjorn which was largely iced over and all the bird life was concentrated in the small area which had either not frozen or had thawed.

And of course, we had to visit the Hard Rock Cafe while we were passing. A few doors down there was a craft beer bar where Robert wanted to sample the local dark ale.

As the day had started at 04:00 and the Icelandic equivalent of the Met Office gave the chances of seeing the Northern Lights as low with a score of just 3 out of 9, we agreed not to spend time and money on a fruitless coach trip but went in search of a place to eat prior to having a relatively early night.

The decision not to search for the Northern Lights was vindicated when we overheard people at breakfast planning to re-book their trip.

Having breakfasted at the hotel we caught a bus from the central bus station to the Blue Lagoon, a man-made geothermal spa in the lava field at Grindavik. The warm waters in the lagoon are renewed every two days and are provided by the output from the nearby geothermal power plant at Svartsengi.

The water is mineral-rich and is said to benefit those suffering from certain skin conditions. Our stay at the Silica Hotel provides access to both the Blue Lagoon and the hotel’s own smaller private lagoon [below].

Our rooms were not quite ready for us on arrival but we were provided with robes, towels and flip flops and were able to go straight in to reap the benefits of the waters and had the pool almost exclusively to ourselves.

Having bathed and then checked in we took a short walk through the lava fields to the Blue Lagoon itself and were pleased to have enjoyed the more exclusive experience at Hotel Silica. It was snowing on the walk back.

There is no restaurant at the Silica Hotel but we were given sample menus from some local establishments and chose the one with the best vegetarian offering. Transport to and from the restaurant was provided and we returned through the snow for a night time dip. At this time of year the contrast in temperature between the air and the steaming surface of the water makes it particularly atmospheric.

We were determined to go in the Blue Lagoon whilst here and so checked out, left our luggage in safe keeping and walked to the main complex which we knew would be much more crowded. Although no longer snowing, there was a storm forecast and the vapour was swirling in the wind. The gale continued to pick up and by the time we had had our free drink and two free face masks, it was whipping spray into our faces in a fair facsimile of a dermabrasion treatment and we decided to leave.

Whilst in the changing rooms we were told that buses would stop running between 14:15 and 21:00 due to the weather so made sure we caught one of the last buses to return to the capital.

Back in Reykjavik we went to Svarta Kaffið – a bar which was recommended to us simply by the length of the queue outside it on Saturday evening. There are just two items on the menu: one meat-based soup and one vegetarian soup served in bread. Robert is particularly impressed with this environmentally friendly method of serving which cuts down on washing up and which is also prevalent in Poland. 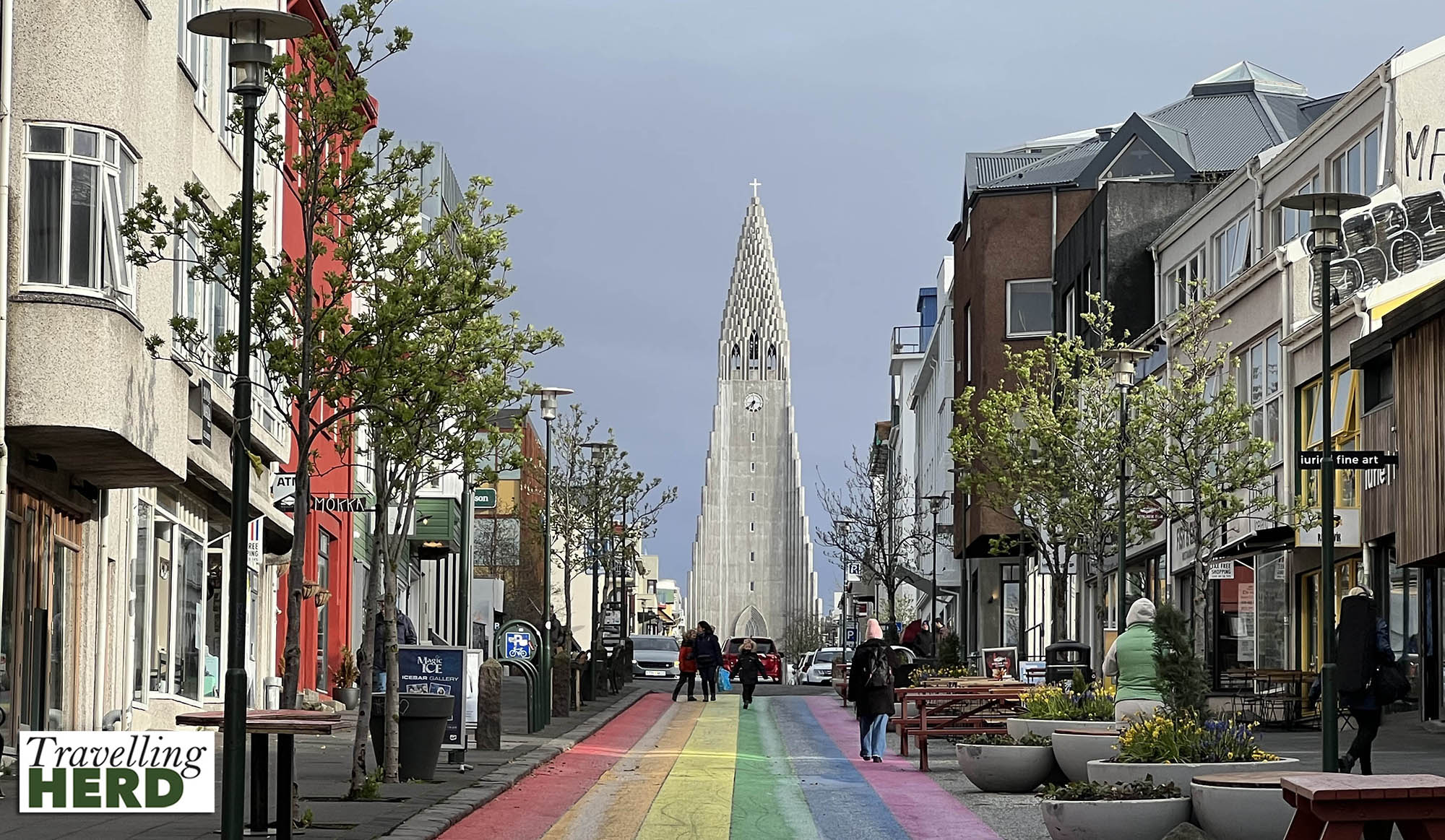 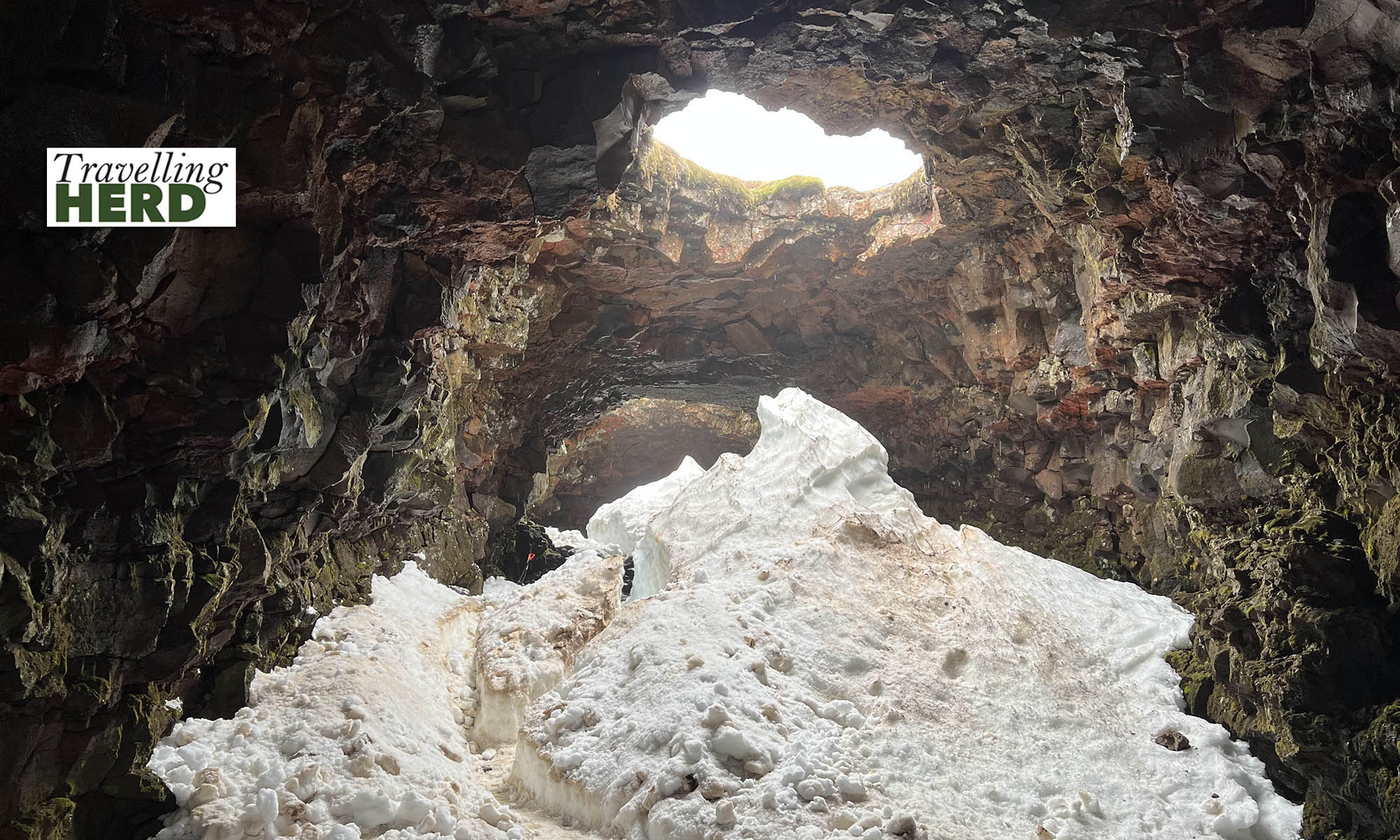