At the end of January we returned to the UK from our one month trip to Lapland, Finland, eastern Russia, Estonia, Latvia and Lithuania. At this stage we had three cruises booked [deposits paid] as well as some rail journeys booked and paid for. For many big hotel chains you can book six to nine months in advance and if you pay in advance you can often save over 20% of the cost of the hotel booking and we had taken advantage of this discount.

As the booking stage of this trip geared up during the first two weeks of February 2020 there came the announcement from China of a new virus that was starting to spread amongst humans – a new strain of coronavirus named COVID-19. It was at this stage that we were going through the process of applying for our visas to Russia, Belarus, Mongolia, China and the US. It soon became clear that travel to China in April 2020 was going to be ill-advised if not impossible.

So we had to re-plan without passing through China. We could only skip China by not using the train but by flying over it! As the cases of coronavirus, in China, increased other countries began to stop people who had been in China from entering their countries. We had no choice but to change our plans and we booked flights from Ulan-bator to Incheon in South Korea. Our no-fly rule for this trip was now sadly, but unavoidably, broken.

As you probably know the virus then hit South Korea. Japan stopped ferries from South Korea to Japan. Other countries decided to stop people who had been in South Korea from entering unless they went into 14 day quarantine. Well, where did that leave us? We had to make the decision to miss out South Korea too.

It was at this point that a cruise ship was quarantined in Japan. Viking, the company that we had booked a cruise from Japan to Vancouver with, decided to cancel the cruise. They needed to move their ship from far-eastern waters to the safer waters of north America. So our 22 day cruise would not now take place.

But, they were just relocating the ship earlier than they planned, which meant that they would still be doing the second part of our planned cruise with them. From Seward in Alaska down to Vancouver. In cancelling our original cruise they gave us vouchers that made it very worthwhile to book with them again so we have: Alaska to Vancouver for the same time period as the second part of our original cruise from Tokyo to Vancouver. We were now presented with the problem of what to do for one and a half weeks. Our 14 day JapanRailPass would have run out. So where can you visit on a trip from Tokyo to Alaska? Look at a map and it is obvious – Hawaii.

Okay, now we have flights booked from Tokyo to Honolulu and then Honolulu to, wait for it…Fairbanks, which is inland Alaska. Fortuitously the track from Fairbanks to Seward is one of the most scenic railways you can ever travel on.

As of the beginning of March new travel updates and bans have come into place. Various countries are banning the passport/visa holders of other countries from entering. There seems to be no consistency.

It is at this point that Robert started the process of trying to get refunds on places, hotels, ferries, trains and flights that we can no longer travel on. This is the point where, in conversation with your annual worldwide family insurance company, you are informed of one important detail – they only insure trips of a maximum of 90 days in length! Well how do you define that? It is based on days away from your home country. In effect, our one hundred day tour would invalidate our insurance. So, we need to return to the UK at some point during our 100 day tour. 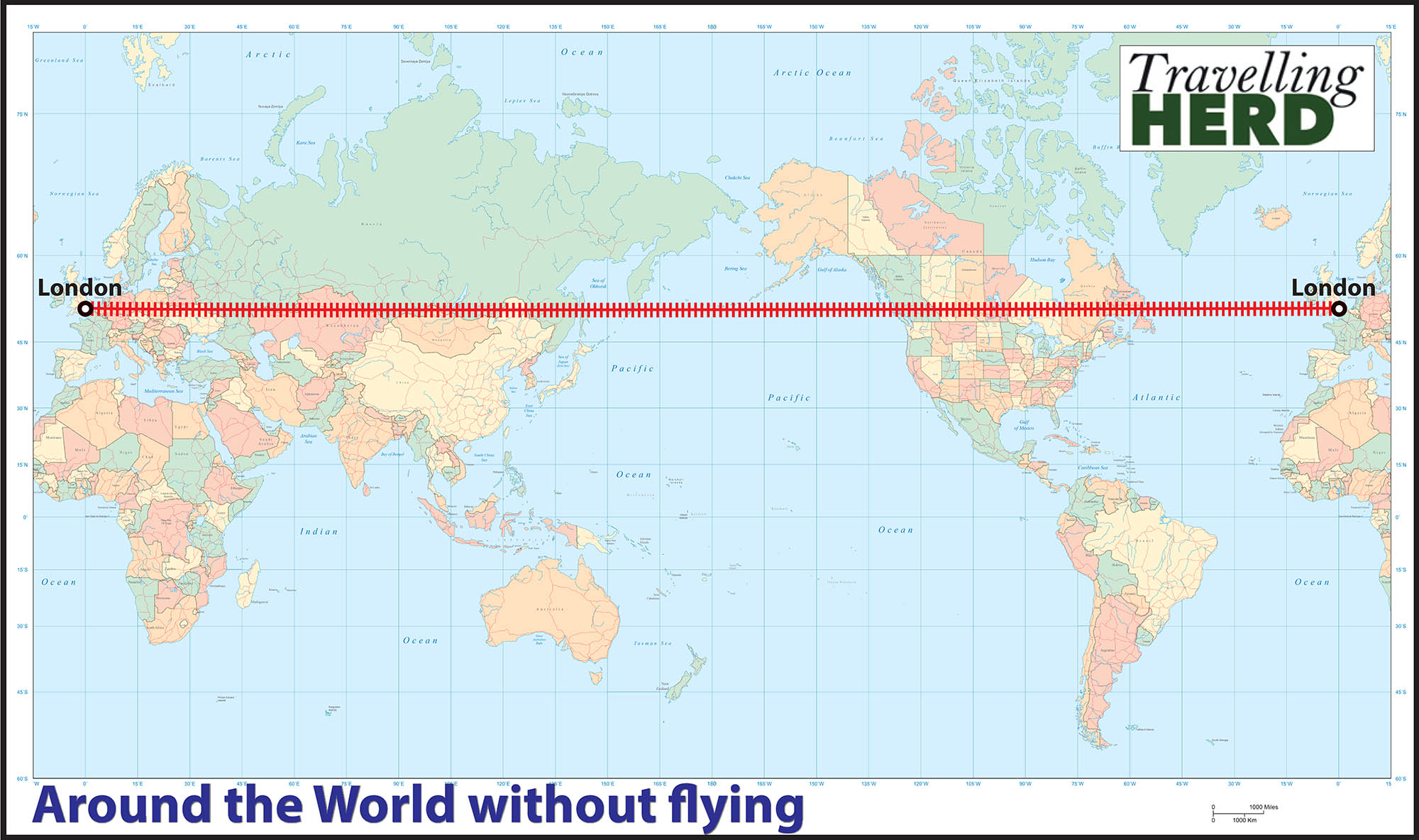 Friday, March 13th 2020 For most of his working life, and certainly for all his married life, Robert had planned that he […]

One thought on “DISASTER – No more Round the World without flying”