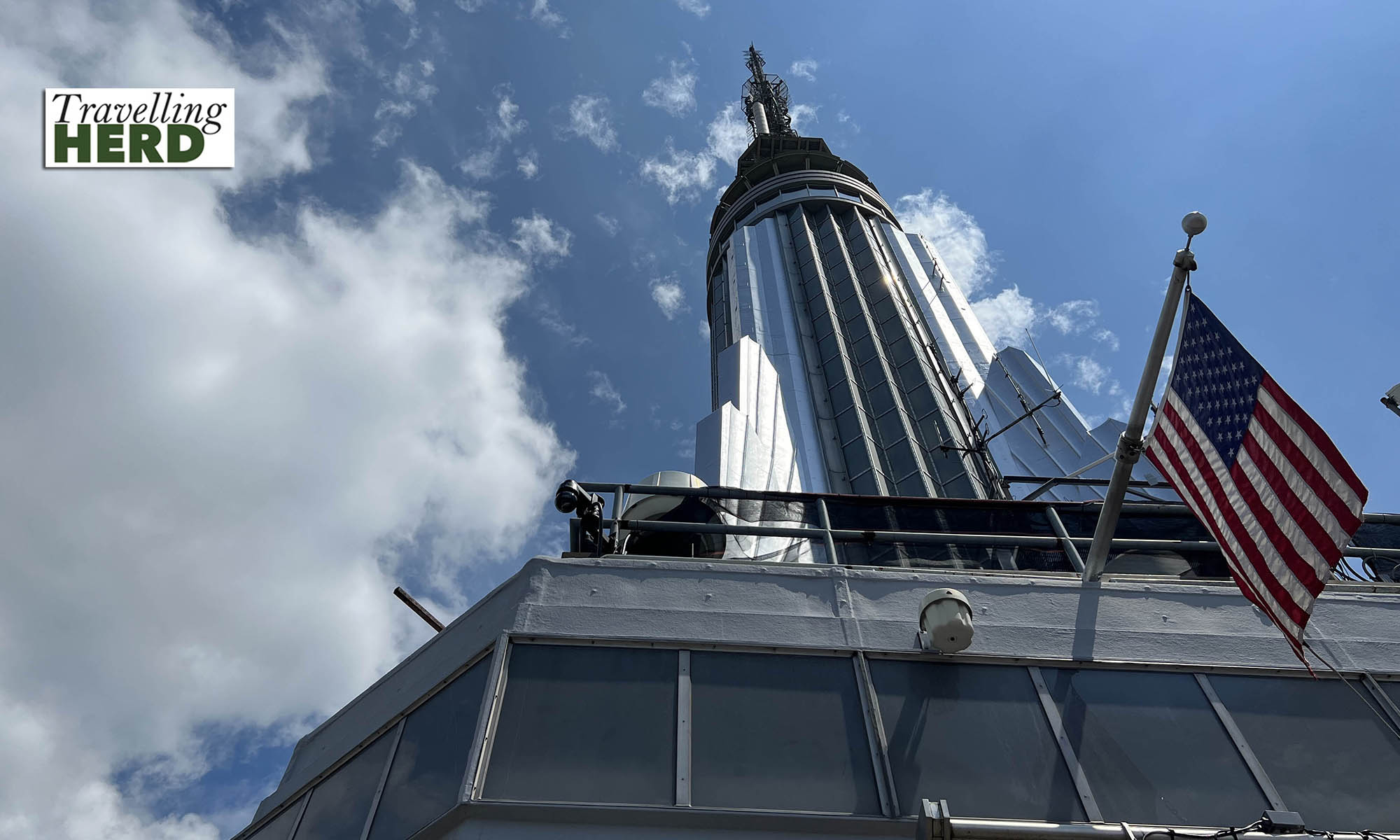 Thursday 2nd June 2022 A short Amtrak ride from Philadelphia brought us back to our starting point in New York. Although we could not do so in Chicago because of the cloud cover, we continue to try and take Ruth Jewell’s advice and start our sightseeing by going up the city’s best observation point. So New York starts with the Empire State Building.  Having checked into our hotel, we found we could book tickets for half an hour hence and Matilda decreed we should go for the full experience and pay the extra to go up to the 102nd floor. Meandering barriers have been laid out to maximise the space marking out the queue to the lifts, presumably from a time, pre-Covid, when more people visited. Along the route, there is quite an extensive display about the construction of the building and its use as a filming location. King Kong obviously makes a regular appearance. . . . . . providing photo- and video-opportunities. But Matilda is unlikely to win any acting awards. Once up there, the views are obviously impressive looking down Manhattan towards Wall Street. . . . . . and north towards the iconic Chrysler Building. Our […]

Thursday 4th April 2019 – Morning We had secured a guide the day before to show us round the Golden Temple and the very knowledgeable, polite and solicitous Mr Singh met us in the hotel lobby at 10:00. Turning left out of the hotel we soon saw a different side to Amritsar. The streets opened out and we passed the statue of last king of Punjab, Maharajah Ranjit Singh, also known as the Lion of Punjab who provided the gold to bedeck the Golden Temple. We also passed the Partition Museum, housed in part of the imposing red-brick Town Hall building, and originally the headquarters of General Dyer [more about him in the next post]. Other parts of the Town Hall are being renovated in an on-going programme of restoration. The museum was opened in August 2017 and is intended to document the post-partition riots following the British withdrawal and the creation of Pakistan and India. On our way to the Golden Temple, Mr Singh pointed out a vegetarian McDonalds which, situated in close proximity to this holiest of shrines for Sikhs, does not serve any meat. It is in fact, the first ever vegetarian McDonalds in the world. Before […]