One of the pleasures of inviting friends to join us on Tresco is seeing their first reaction to the beauty, peace and tranquility of the Isles of Scilly. This year we are joined by the Robinsons who learned how to put up with us in close proximity on The Duke in April.

We had hoped to meet them from the helicopter as they landed on Tresco for the first time and took the earliest boat from Bryher at 09:45. However, when we disembarked at the quay at New Grimsby we were told we would not be able to get to the heliport in time and that they would be taken straight to our cottage with their luggage, as would we.

Having dropped various boat passengers at their accommodation, the driver subsequently relented and suggested he could drop our luggage at Green and take us on to the heliport to see if the Robinsons were still there. What ensued was a little like a Keystone Cops caper. We unloaded and left our luggage in the shed at the cottage and got back on the transport to the heliport where we were told that the Robinsons and their luggage had already been taken to the cottage. Our driver checked with base and as he had no other immediate commitments then kindly took us back to the cottage. The Robinsons’ luggage was nestled safely with ours but the Robinsons themselves were nowhere to be seen. We had just walked out of the garden to look for them when Gill, smiling broadly, appeared over the sand dunes. It was not quite the welcome we had been planning but we had at least all found each other and although we weren’t there to welcome them we were told:

“After leaving the rain in Penzance and experiencing the trepidation of taking a helicopter ride to Tresco we crossed the road from Green and stepped into what seemed like a Caribbean paradise. White sand and amazing views greeted us.”

Then they saw Robert.

We took a short walk for orientation purposes, taking in The Ruin Beach Café, the swimming pool, The New Inn, the quay at New Grimsby where the majority of boats arrive and leave, Tresco Stores and The Flying Boat Café and Deli where we had a welcome cup of coffee and sampled some of the baked goods to fortify ourselves for the walking tide.

As always, Robert was keen to set off, but sometimes, for some people, time and tide do not move quickly enough and the sandbank took a while to make an appearance.

The shallowest path is not as readily identifiable from the Tresco side but we watched as a determined and experienced resident strode purposefully across [see below] to see how high the water would come on him.

Eventually, the sea receded sufficiently and we found a safe, shallow path [see Selfie of the Day].

“What were these people thinking of? If you’ve seen Bogart in The African Queen with the leeches sketch you will know what we mean. We couldn’t use Derek as a marker as his knees are higher than the average knee. The waters eventually parted and we embarked on our first adventure on the Scillies.” Derek and Gill Robinson.

Once again, we spotted star fish in the shallows . . .

. . . as well as some which had been stranded by the out-going tide. The starfish seem to live mainly on the Bryher side of the channel.

Once on Bryher, we strolled to Fraggle Rock for some liquid refreshment and it was strange to think, as we passed the Bar [which is also known as Anneka’s Quay], that in a few short hours the water would be deep enough for us to board a boat here to return to Tresco.

On our return, we changed and Derek [a practical sort who taught DT] took charge of drying out the beach shoes, catching the last rays of sunshine in the garden before heading off to The New Inn to eat.

The next day we took the boat to St Mary’s to look round the shops and once again met the helpful lady from Veronika Farm on Bryher [see previous blog post] as she was selling fudge from a stall at the [rather depleted] Wednesday market which is held on St Mary’s Green. Ironically we saw her outside the shop where Robert had just noticed Belladonna Lily bulbs for sale. Matilda was pleased to be able to give her some extra cash for the bulbs she had dug up for us which she said she would put towards The Island Haven, a charity which is fundraising to build a place for islanders to stay when undergoing medical treatment on the mainland.

On St Mary’s, Matilda introduced Gill to The Foredeck – one of her favourite shops. This year they both found they needed to buy some earrings as a memento of the trip.

“All the boat trips offer amazing views and this was no exception. I was very happy that the first stop was a rather lovely jewellery shop and even happier with a purchase of some beautiful earrings. Derek was disappointed that he couldn’t find a charity shop but a foamy capuccino in the very nice café made up for it.” Gill Robinson

Back on Tresco, Gill and Matilda went for an afternoon swim in the pool.

Having managed to book on-line during the day to eat at the The Ruin Beach Café that night we arrived a little early for a pre-prandial drink with a view. Gill had previously tried to order an Aperol spritz in other venues but without success. She was once again told that it was unavailable but the waitress then returned and with a flourish presented Gill with this refreshing, colourful beverage saying she had found one remaining measure in a bottle, so Gill was able to enjoy the last available spritz of the evening.

After a delicious meal [see Dish of the day], courtesy of the Robinsons, we decided we would book again for another night. Matilda looked on-line and found that a table for four was available on Sunday. Unfortunately WiFi issues meant that the booking was not confirmed on her phone so she went to speak to someone. Once the booking was made in the old fashioned way, Matilda asked whether she could request a table by the window but was told that if people with a dog came in they would take precedence. She was unsure why a non-paying canine customer would be accorded such preferential treatment.

On being informed of this ruling, Gill’s immediate, politically correct, HR response was “My partner identifies as a dog”. This swiftly became the quote of the holiday and we may need to use this phrase when we return. [Robert just thought that this must be an LGBTQD+ issue.]

On our way home, we looked back across the bay.

The following day the boat took us to St Agnes. We walked up the slipway and Gill pre-ordered her pasty at The Turk’s Head. We then we set off to walk round the island, taking in the views and spotting a lone seal on the way.

The fob for the key to the cottage is quite a large piece of driftwood and Robert pointed out a giant-sized replica on the beach as we walked. Subsequently, the Robinsons seemed to be lagging behind rather. We would discover why later.

“The ice cream is to die for – Derek agreed and he doesn’t even like ice cream.” Gill Robinson

We passed St Agnes Church which has been destroyed and rebuilt several times. The current building was constructed in the nineteenth century using the proceeds of the sale of a wreck and the bell in the church was taken from the same wreck.

The modern nautical stained glass windows are very striking and well worth a look.

Returning to The Turk’s Head, Gill was able to claim her pre-ordered Cornish pasty and Matilda was pleased to be able to drink another glass of Blue Moon.

The Robinsons decided to walk across to Gugh leaving TravellingHerd in the pub. Robert, who may or may not have trust issues and likes to be in charge of his own destiny asked for the key to our cottage back. At this point Derek nonchalantly handed over a piece of driftwood with a hole whittled at one end through which he had threaded some vegetable matter in a fair approximation of the house key. This explained why he had lagged behind during the walk.

When the Robinsons returned from Gugh we went to catch the boat home. The queue looked as though there would not be space for everyone on board, but thankfully there was. 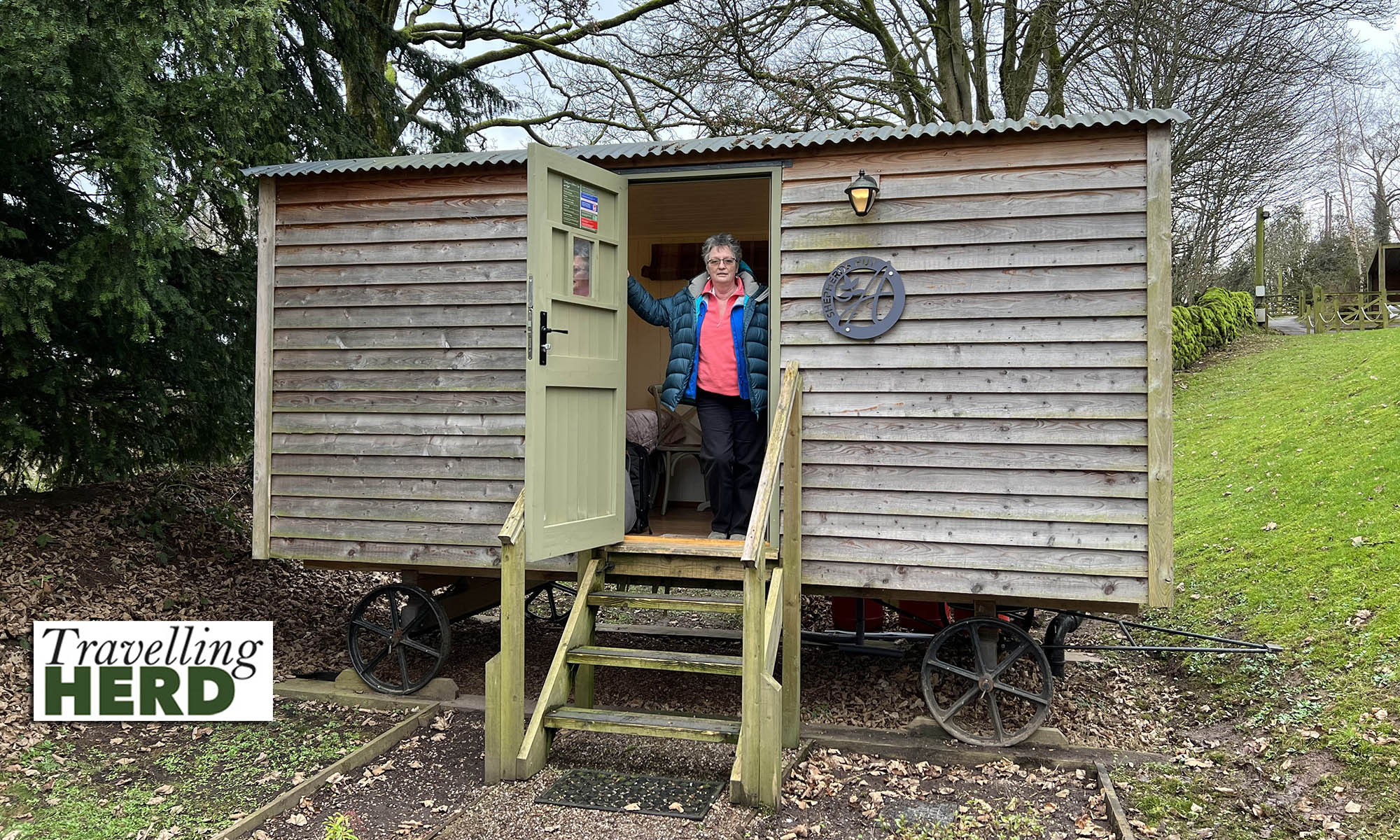 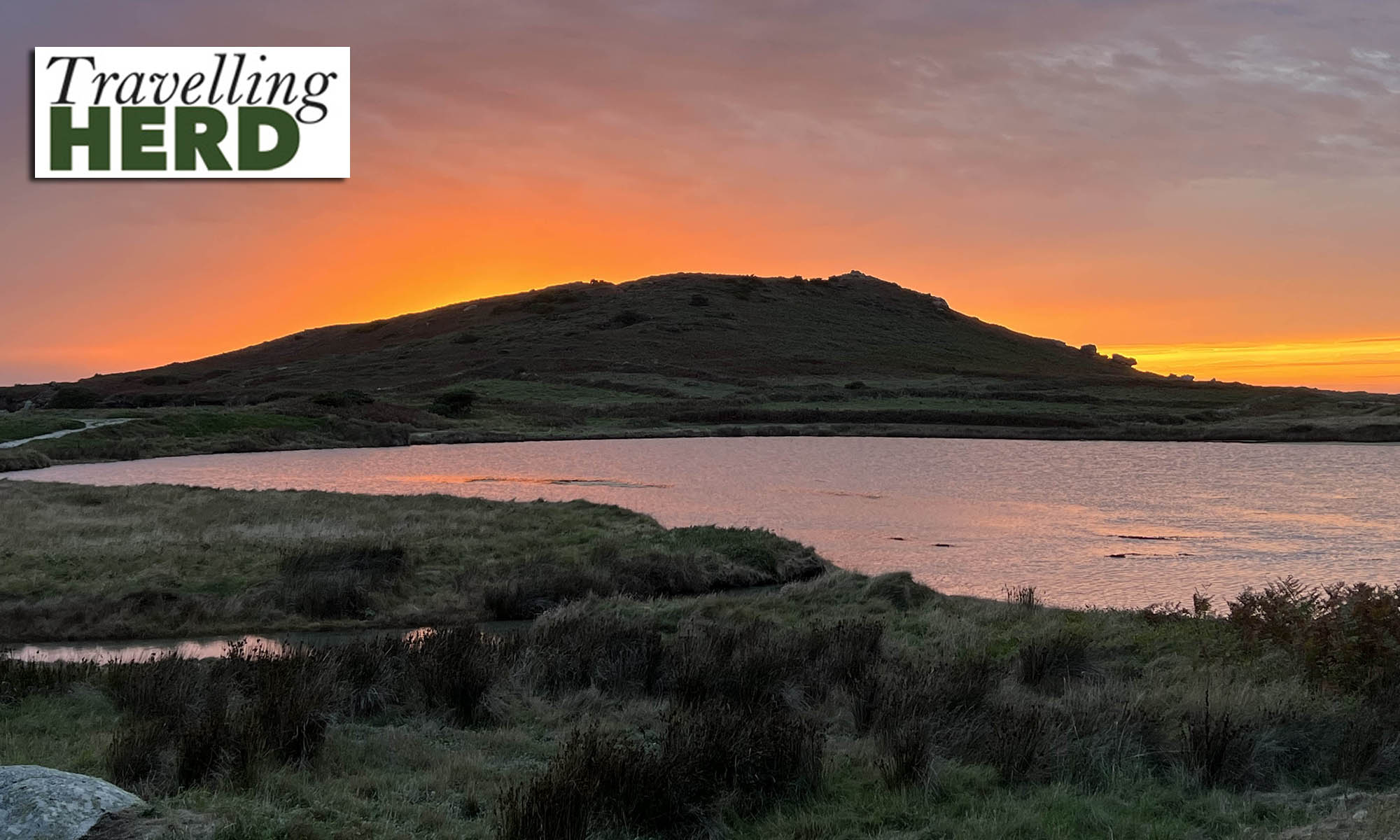 Thursday 8th to Tuesday 13th September 2022 Last year, Matilda noticed that there would be a Low Tide Event scheduled for the […] 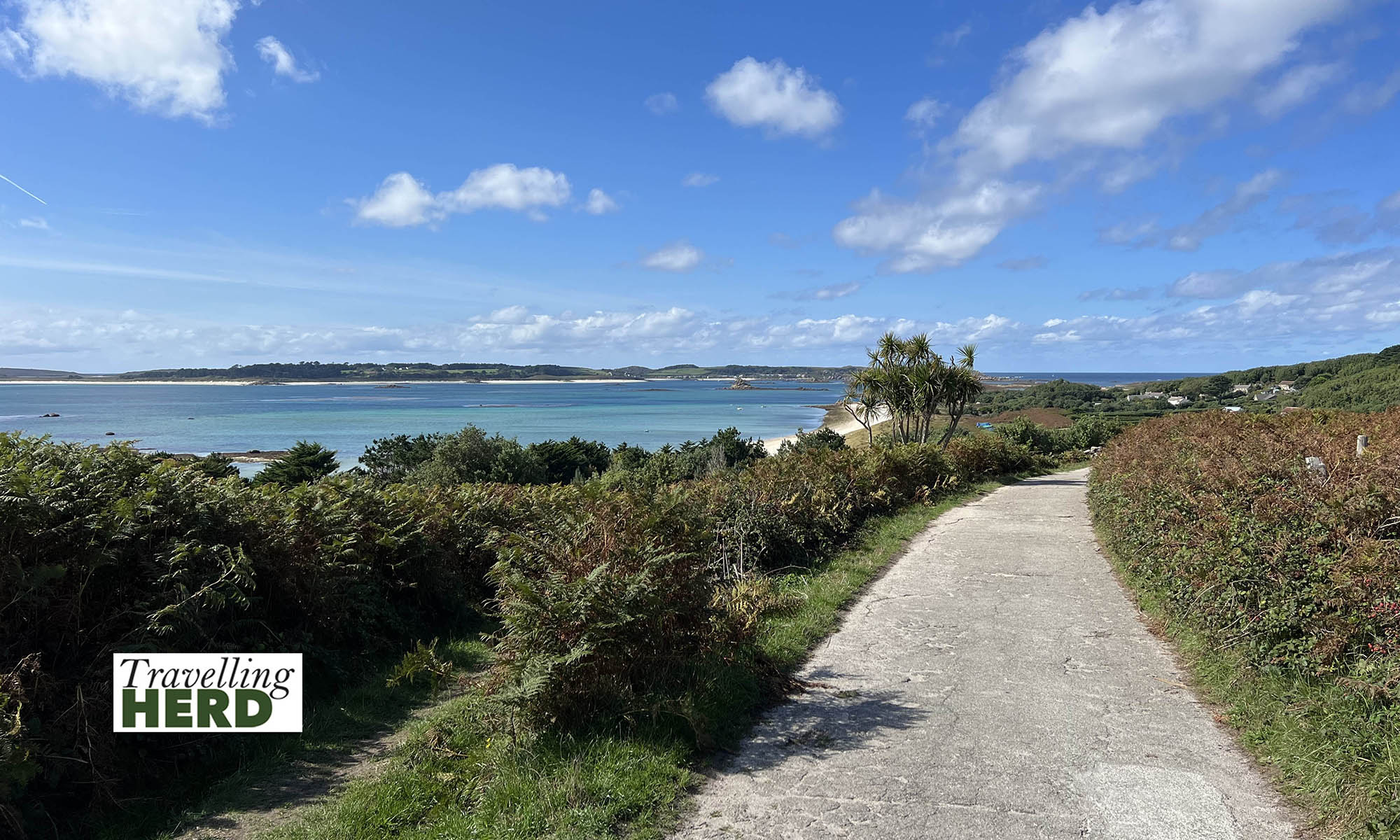 Friday 16th to Monday 19th September 2022 Derek continued to improve on his whittling, copying the lettering from the original and the […]