We had remembered using the GPSmyCity app during a visit to Madrid and decided to try inputting all the places we still wanted to visit to generate a route for the day.

Our first stop was to be the Mapparium at the First Church of Christ, Scientist. Christian Science was founded in 1908 by Mary Baker Eddy [1821 – 1910] with the publication of her book Science and Health, following her miraculous recovery from what were deemed to be fatal injuries.

The Mary Eddy Baker Library is next to the church. The Welcome Hall is imposing and there are various exhibitions to wander through as you wait for your timed entry to the Mapparium. Only guided tours are permitted.

The Mapparium was intended to show the countries of the world in an accurate geographical relationship to each other. It is described as “a mirror-image, concave reversal of the Earth, made of stained glass and viewed from the inside”.

And, yes, it is slightly surreal.

Its architect, Chester Lindsay Churchill intended it to be updated as borders were redrawn by international events. However, it is understandable that there never seemed to be a good time to make revised glass panels on this scale and it remains unchanged since it was completed and opened in 1935.

Consequently, it provides a snapshot of the world at a point when huge upheaval and changes were about to unfold. Some of the place names reflect the uncomfortable face of the colonial expansion of several nations.

A 30-foot-long bridge bisects the globe at the level of the equator. Visitors are asked not to talk during their visit as the Mapparium has the acoustic qualities of a whispering gallery and even a quiet aside will be amplified to all those around you. At the end of the recorded commentary, you are allowed to experiment with the effects. We both thought it was well worth the $6 entrance fee.

Although no photography is permitted inside the Mapparium for copyright reasons, here is a copyrighted one by Ryan Fischer.

Matilda was quite taken with the colourful mosaic tiled restrooms.

From here we walked past an elegant fire station where an open day was being held . . .

. . . and on to the Boston Central Library in Copley Square. This was the first free municipal urban library in America.

This grand Renaissance Revival building dates from 1895. The architect promoted it as “a palace for the people” and it is truly palatial, with a courtyard, decorative columns and colonnades, stained glass windows, beautiful ceilings and paintings by famous artists.

A grand staircase leads up to the Chavannes Gallery [see feature photo] in the McKim Building, named for the same McKim who was involved in the design of the original Penn Station and the post office which is now the Moynihan Train Hall in New York.

The Reading Room or Bates Hall is in the McKim Building off the Chavannes Gallery and provides an inspirational space for study and research.

On the opposite side of the road is Old South Church. It is one of the finest High Victorian Gothic churches in New England and is home to one of the older religious communities in the United States, the United Church of Christ in Boston. The present building was influenced by Ruskin and was completed in 1873. The colourful interior was quite a contrast to the plain white and box pews of Old North Church and the King’s Chapel. Robert was intrigued by the absence of any form of altar and a very pleasant volunteer explained that although the congregation takes communion there is no fixed altar. It was the first Christian church in Boston to officiate a same-sex wedding.

The cost of entry for the Boston Tea Party Ships and Museum was a ‘culture budget-breaking’ $32 each and we felt we did not need to pay that much to see recreations and facsimiles and listen to how awful the British had been in the 1700s.

Strangely, Robert frequently tells Matilda that the ‘culture budget’ is overspent, but the same restrictions never appear to apply to the ‘beer budget’.

The ‘tea party’ ship can be seen from the street so we contented ourselves with taking a photo and browsing in the shop where no end of tea party paraphernalia was for sale. Matilda was not feeling even remotely tempted but even so, Robert told her in no uncertain terms that “we do not have a budget for tourist tat”. Neither do we have much spare luggage space.

We had read that there was a working Gutenberg press in Faneuil Hall but we had also seen a sign for the Printing Office of Edes and Gill in Clough House near Old North Church. Robert worked for Letraset early in his career and developed a life-long love of both type and printing so we planned to visit both places.

At Clough House we found a very knowledgeable gentleman who apologised for being out of period costume and explained that he had recently moved here from Faneuil Hall. He markets his wares as being from “Boston’s only colonial print shop” and prints and sells copies of documents such as the American Constitution and the Bill of Rights.

Robert and he were kindred printing nerds and spent some time discussing old and new technologies.

A search for the best bakery in Boston came up with Bova’s, and we went to see what was on offer.

Everything looked delicious, but Matilda opted to try lobster tails – one of the pastries they are famous for – and went for the smaller size.

A queue for a book signing had formed outside the Paul Revere House which we declined to join and went on to Faneuil Hall.

Matilda was quite taken with the concept of a pizza bagel in Quincy Market but they were large and looked very filling and as she had recently had a lobster tail this will have to wait for a return visit.

Downstairs in Faneuil Hall there are small retail units and we saw the space recently vacated by the Printing Office of Edes and Gill. We were a little disappointed as the stalls were not as upmarket as the historical surroundings might have suggested. The grasshopper on the top of the building was apparently copied from the one on the London Stock Exchange.

The assembly room above Faneuil Hall served as a meeting place for patriots on the eve of the American Revolution. They had previously met here to protest against the passing of punitive legislation including the Sugar Act, the Stamp Act and the Townshend Act.

Having faced many of the shortcomings of our forefathers, we felt in need of liquid refreshment and went to The Union Bar and Oyster House for a pick-me-up.

We then moved on to the Granary Tavern to eat [see Dish of the day].

The sun was going down as we were walking back from the subway station to our hotel, fed, watered and better informed about American history. 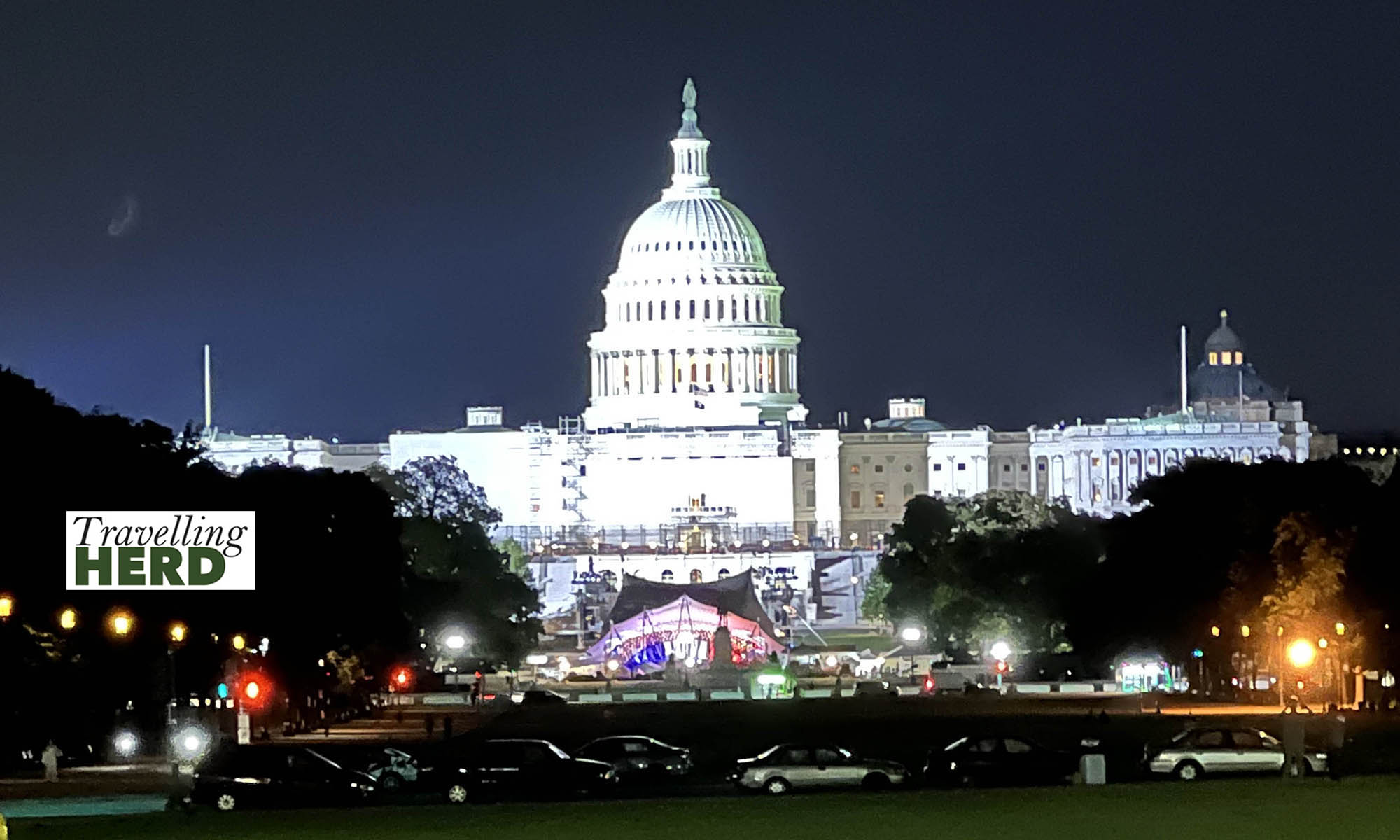