Something less like a small, remote dwelling for someone living in religious solitude is hard to imagine.

Regular readers will know that our guide had advised us to buy tickets for the Hermitage complex from the General Staff Wing to allow us to jump the queue. However, when we tried to do this, we were told that you could not buy tickets for the whole complex from the General Staff Wing at this time of year. We are sure this would be worth it in the busy summer months however. Fortunately there were only a couple of people in front of us in the queue and we were able to go straight in, once we had deposited our coats in the cloakroom.

The entrance is magnificent and sets the tone for what follows.

There are paintings, books and documents from Potemkin’s collection, but the most memorable piece of information was that he was the secret husband of Catherine the Great. Matilda remembers watching, as part of a Film Studies unit at university, Einstein’s “Battleship Potemkin” but had no idea who Potemkin was. Elsewhere in the gallery are numerous portraits of men, all described as a “favourite of Catherine the Great”. We all know what that is code for.

The Malachite Room was decorated in 1839 and the columns, pilasters and mantle pieces are all, unsurprisingly, lined with malachite. On November 7, 1917, the last meeting of the Provisional Government took place in this room.

The Library is a room where anyone would love to sit and read.

Each room seems more opulent than the last.

The guide books say that the Grand Church of the Winter Palace is “one of the most splendid rooms” in the building.

They are not wrong.

This throne is dwarfed by its surroundings.

As neither of us are particular art aficionados we felt we would have preferred to see some of the rooms uncluttered by the exhibits to reveal the sheer scale of the building.

However, the golden Peacock Clock is one of the most well-known pieces of art in The Hermitage and it truly is quite extraordinary. It almost eclipses the room it is in.

Made in 1777 by the renowned English automaton builder, James Cox, it arrived in Russia in 1781 in pieces and Prince Grigory Potemkin had it re-assembled by the Russian mechanic Ivan Kulibin. It includes a peacock which raises its head and fans out its tail, as well as an owl, representing night, and a cockerel to represent the day. A dragonfly marks the seconds.

The workings of the Peacock Clock comprise four separate mechanisms: three of them control the birds, while the fourth is the actual clock movement. These mechanisms are linked by a system of levers to ensure that they move in the correct sequence.

These days the clock is only wound on special occasions but the mechanisms are still in working order and the insect can be seen slowly ticking away the seconds and minutes.

It is now the only large example of 18th century robotics to have survived unaltered into the 21st century.

The Little Hermitage was purpose built to house the works of art displayed there.

There does seem to be a more cohesive feel to these rooms and the vistas are less cluttered.

Crossing the square to the General Staff Wing you feel you are trading down: it has an unprepossessing entrance, but inside it is like entering the Tardis – so much more light and space than you are expecting. The exhibits include an Art Nouveau section as well as Carl Fabergé and French Impressionists. 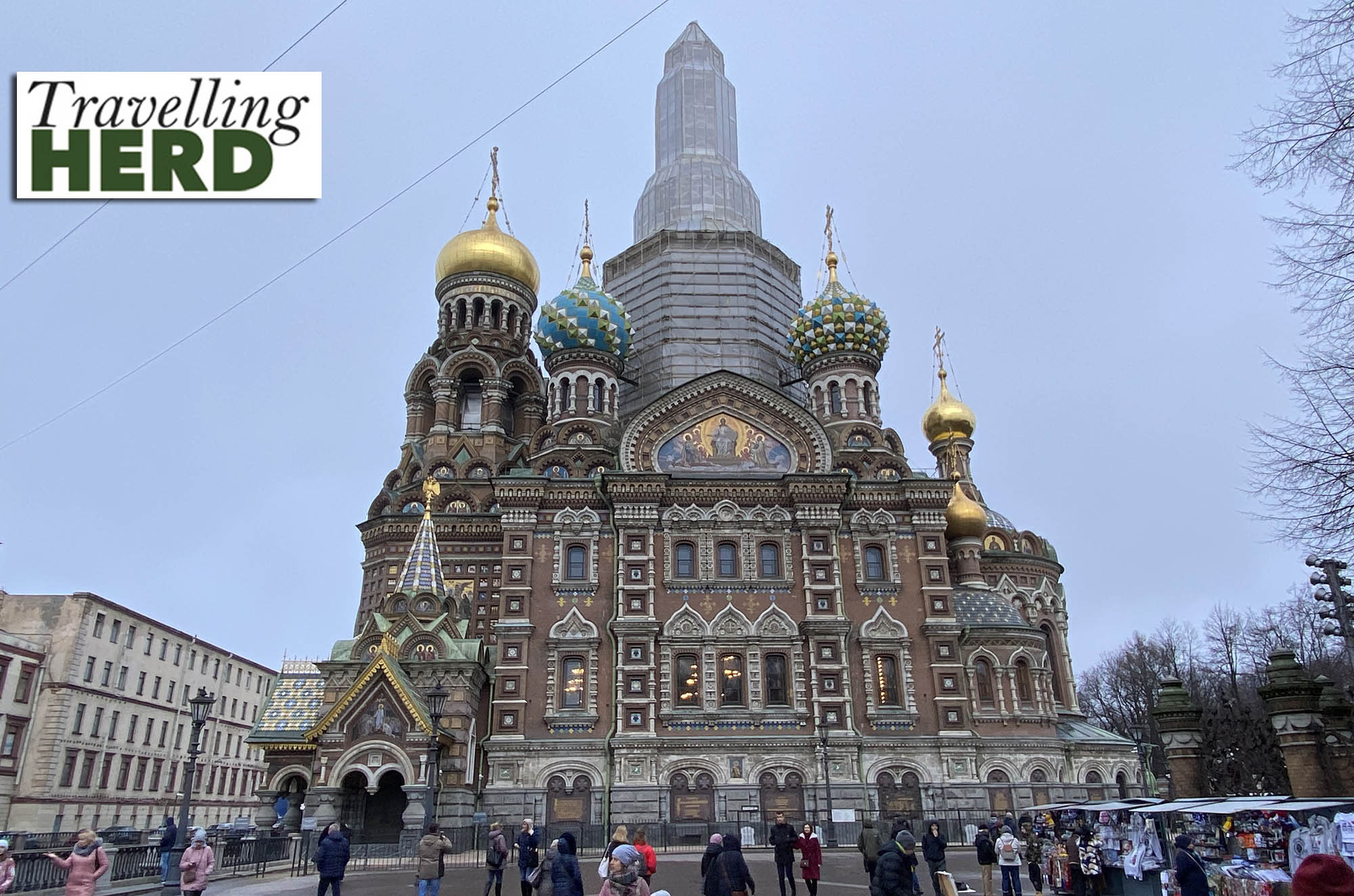 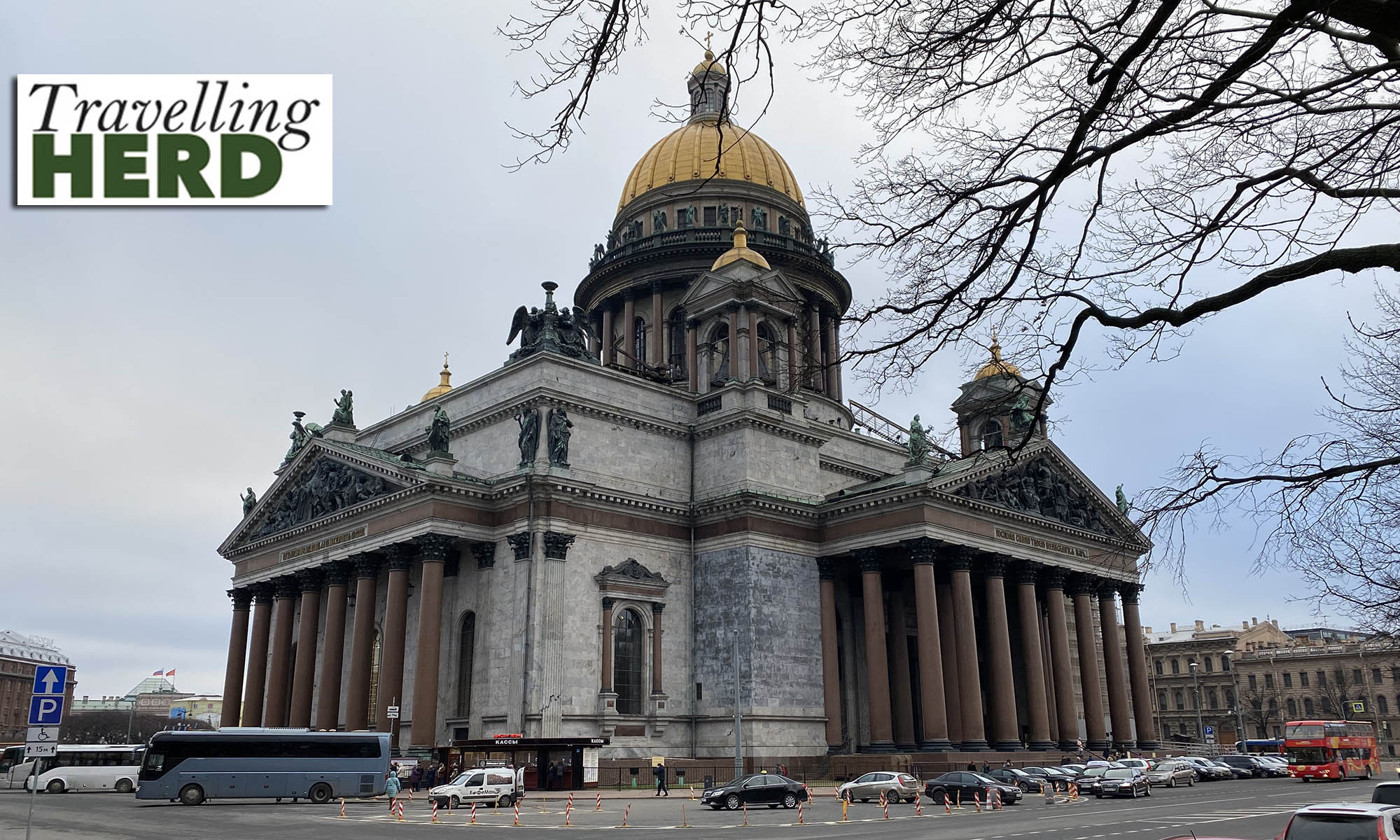