Due to its position and its dramatic geology Gibraltar has been a strategic military and naval base for centuries and many of the tourist sights reflect this. Testament to its importance is the determination of other nations to gain control of the Rock and Gibraltar. It had faced fourteen sieges in a 500 year period by the end of the eighteenth century.

We took the easy option and rode the cable car again to the upper station at Signal Hill Battery. At the top we were enveloped in clouds, so there were no panoramic views today. We took a different route down this time, to the Great Siege Tunnels where the entrance is still guarded by ancient artillery. . .

As we admired the impressive views across the airport, we overheard a local guide saying that Gibraltar is the fifth most dangerous airport in the world. As we would be flying out from there the following day, you can imagine that this was not the most welcome news.

The Great Siege Tunnels were excavated through the solid limestone of the northern end of the Rock by the British during the Great Siege.

The tunnels were the brainchild of Sergeant Major Ince who devised them as a way of getting cannons and guns to a position where they could defend the northern face of the Rock from attack. Ince was a member of the Company of Soldier Artificers which was established in Gibraltar in 1772 and which later became the Royal Engineers.

After a while the tunnels slope downwards and signs warn visitors that the ascent is quite steep. As Matilda was still not entirely recovered Robert was denied to opportunity [or had this excuse not] to venture all the way down and back up again.

Allegedly when the siege ended in 1783, the commander of the defeated combined French and Spanish troops declared that “These works are worthy of the Romans.”

It must indeed have been a feat of ingenuity and determination.

The walk down takes you past the WWII Tunnels but you need to pre-book a tour with a guide which we had failed to do given Matilda’s delicate and unpredictable stomach. We did see a large group of Germans assembling at the entrance as we passed, however [70 years too late, said Robert]. Our next stop was a medieval fortification called the Moorish Castle. The main feature is the Tower of Homage, which shows the battle scars inflicted by cannonballs in past sieges.

From here we descended to Cathedral Square and the Holy Trinity Cathedral – part of the Church of England Diocese of Gibraltar in Europe. It is noted for its Moorish revivalist architecture and in particular the graceful horseshoe arches.

The nearby Cathedral of St Mary the Crowned is the centre of Roman Catholic worship in the Diocese of Gibraltar and the interior is uncharacteristically spartan.

We then walked to Ocean Village, a redeveloped marina with bars and shops which is also home to a rather unassuming monument to the Royal Marines.

From here we headed towards Grand Casemates Square, named unsurprisingly after the Grand Casemates – a bombproof barracks – at its northern end which was built by the British and completed in 1817.

The street names in Gibraltar are practical and prosaic and as well as Grand Casemates Square, these include Convent Ramp, Secretary’s Lane, Bomb House Lane and Forty Steps while Line Wall Road marks the extent of the land before work on the present dockyard began: the majority of the land on the seaward side of this road is reclaimed from the sea.

The shops and cafes around the sides of Grand Casemates Square had all standardised on blue livery, regardless of their company colours and even the Costa sign was blue. Robert was particularly impressed to find that this particular branch served draught beer as well as cappuccino.

From here it is a short walk to Convent Square where a former Franciscan convent has served as the Governor’s Residence since 1711 and where the local government is housed.

Matilda wanted to visit Nelson’s Anchorage, the place where Nelson’s body was brought ashore following the Battle of Trafalgar in 1805. We bought one day bus passes and caught the number four.

Although this is listed as one of Gibraltar’s historical sights it is rather low key. There is very little to announce the historical significance of this small bay but we could imagine the British pride that this heroic and charismatic man must have inspired in his time and the subsequent national mourning.

Although the sailors who lost their lives in the battle were buried at sea, the Trafalgar Cemetery provides the last resting place for those who survived the battle but subsequently succumbed to their wounds or disease.

Despite Gibraltar’s limited area there is a wealth of history here and much more to see. We hope to return when Matilda is in perfect health.

Unusually, the runway at the airport crosses the road from Spain into Gibraltar. So, when flights are due, the roads and walkways are closed and the runway is swept for debris, before a landing or takeoff. The runway itself seems very short and heads directly into the Straits, so we understood why this might be deemed to be one of the more dangerous airports. Thankfully our takeoff was without incident. 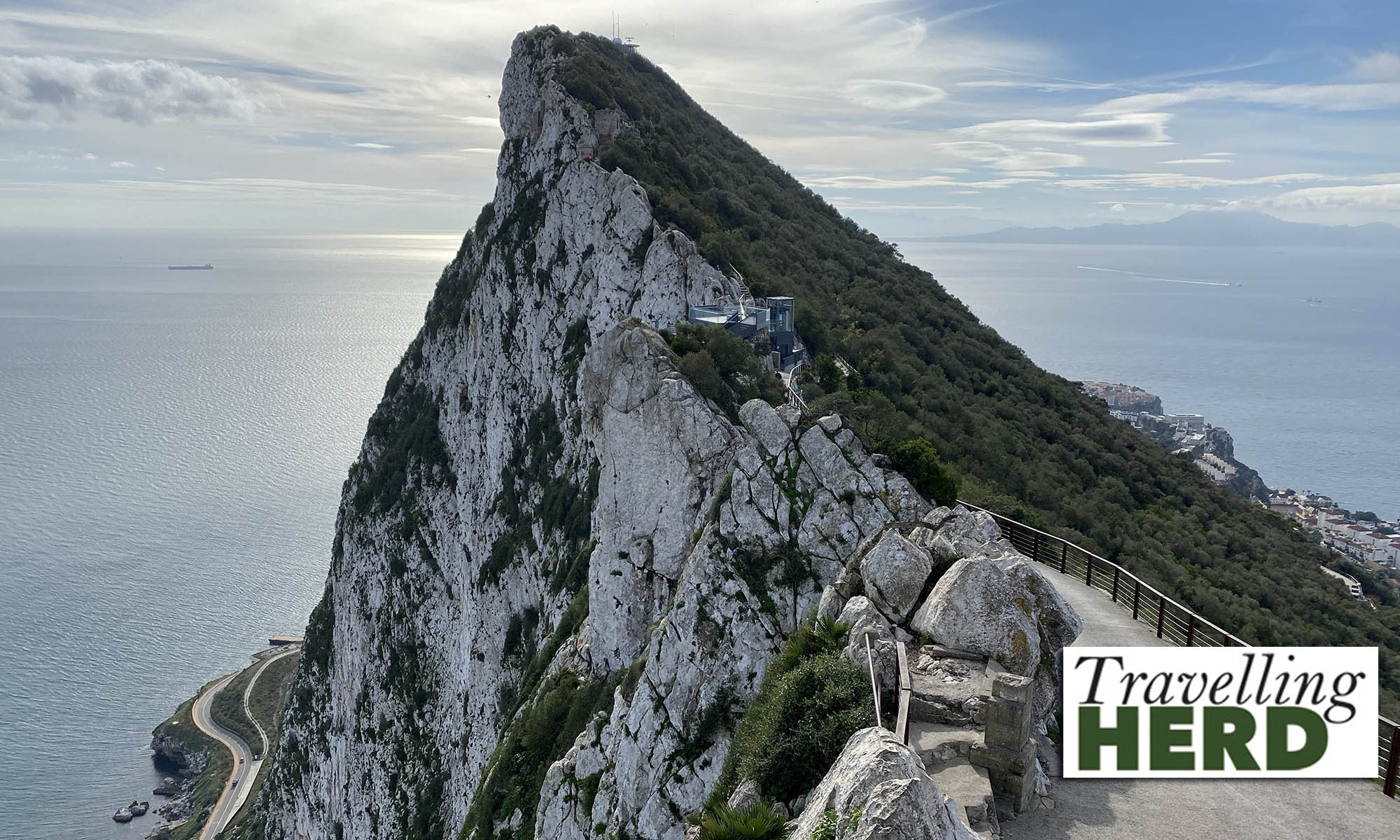 Monday, 25th November 2019 Matilda, having thrown up on the ferry the crossing the Straits, was particularly disappointed to be feeling under […]