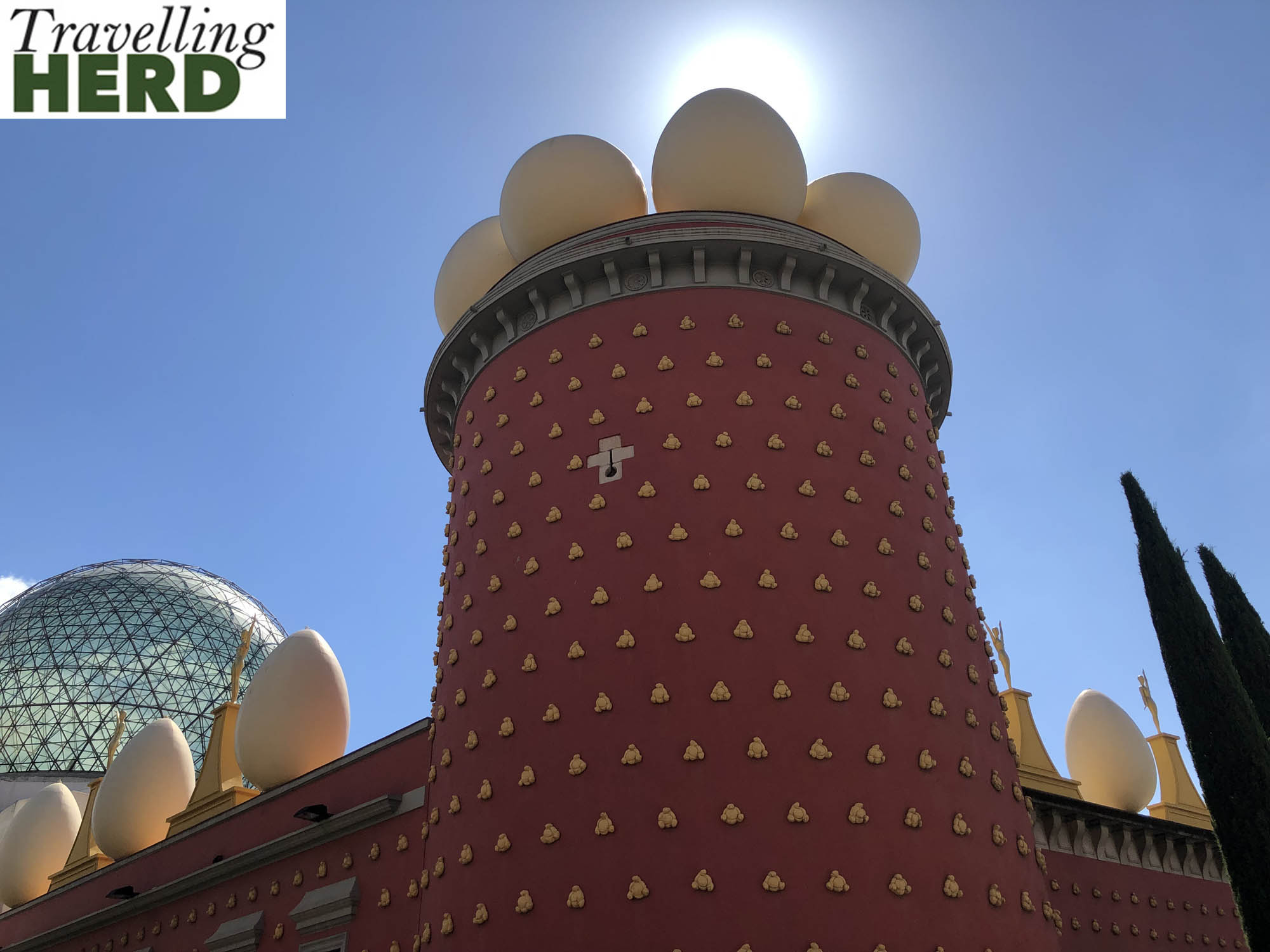 Monday 29th to Tuesday 30th April 2019 Figueres is an old market town a short train ride from Barcelona and nowadays it has an extensive pedestrianised area where you can stroll around window-shopping and looking at the buildings. As the birth place of Salvador Dalí, Figueres is a tourist attraction and we wisely booked tickets for the Teatro-Museo Dalí online in advance. The queue for tickets snaked across the square but we were able to join a shorter line to enter at our allotted time. Dalí himself bought the town’s disused theatre, which he had visited as a child and which was burnt out during the Spanish Civil War, as a venue to showcase his art and that of certain other artists. The city council approved the plans in 1968 and in 1974 this “great surrealist object” opened. The museum continued to expand and now incorporates the Torre Galatea, a tower named after Dalí’s wife Gala and the only surviving structure from the town’s medieval fort. It is now transformed with giant eggs adorning the roof which are said to symbolise future life while . . . . . . the walls are studded with loaves of traditional bread […]